Into the Splice: The King’s Speech 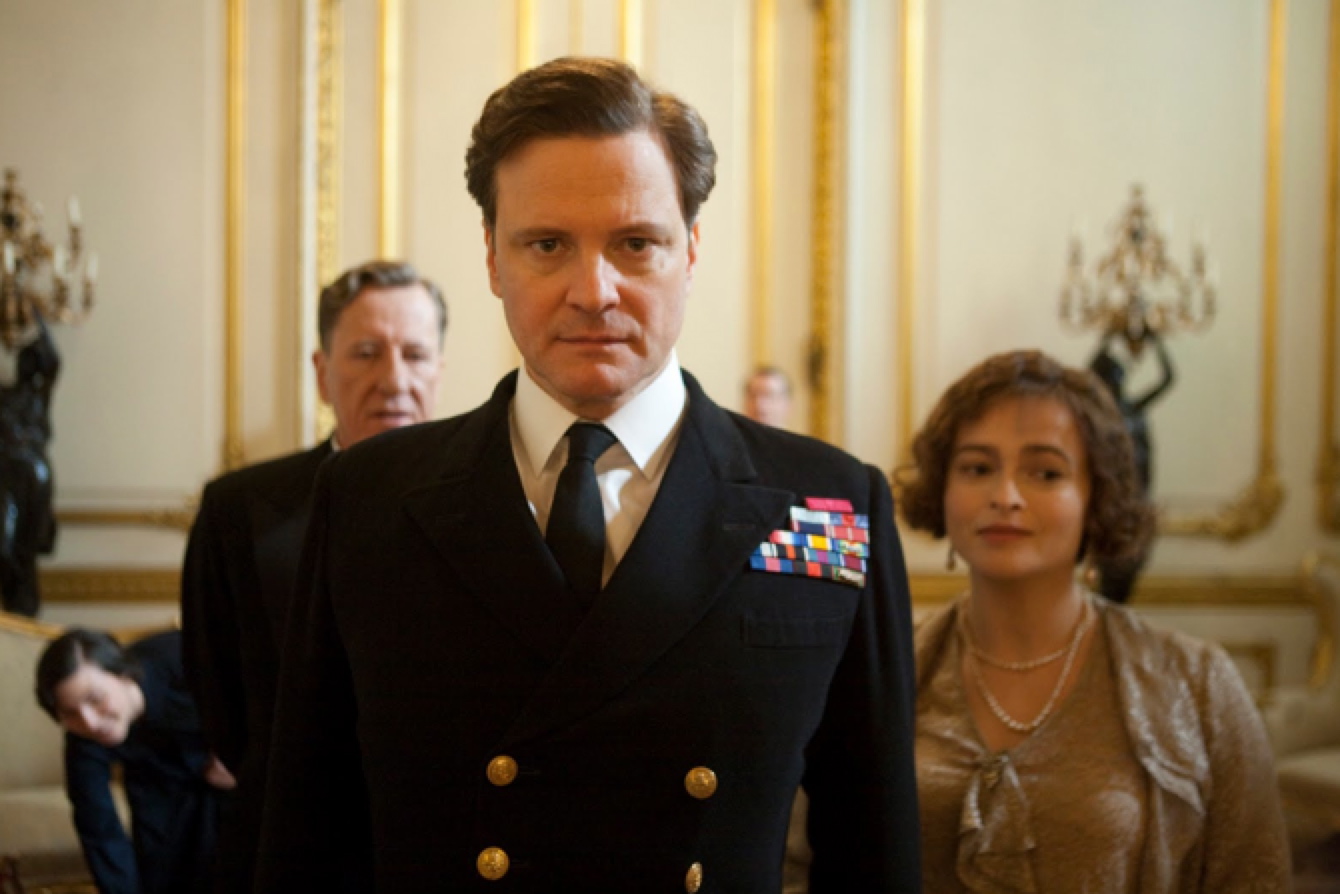 I had put off seeing The King’s Speech, and for good reason it turns out, though not the reason I expected. The movie is proudly what it is, and it is hard not to fall under the spell of the story. In some ways, it’s a very old-fashioned film, in the same way that True Grit is old-fashioned. The complete absence of irony. Both films simmer at the same ahistorical temperature. On the big screen, movies still have a certain scale of force absent from smaller screens. The reason to go to the movies is to be dominated, and yet that domination is never complete, because very movie-going experience is mediated by factors outside and outside the control of the movie itself. In this case, hecklers.

It began around sometime after the first 20 minutes. A few wayward comments from someone in the audience. At first I thought they were directed at someone in the theater. Something about a “fat bloke.” Maybe someone was complaining about a large person blocking a view, I thought. But then it continued, this time from a different part of the theater. Someone was actually mocking the King’s stuttering. “Uh, Uh, Uhm, gggg . . .” Someone else said “Shut up” to the hecklers and a few people clapped. There was another story unfolding in the theater, across the seats and aisles. The movie dragged on. There were more jeers from the back of the theater. The hecklers grew braver, more vocal. Someone from near the front marched out and a few minutes later a theater employee came in with a small flashlight and did nothing. This was the intrusion of history in a history-less film. The hecklers had broken the spell, and I was on their side.

The theater was old, in a beautiful, sprawling, falling apart building/warehouse north of Detroit. I was going to be trapped there by the snow, and decided to see the movie before the wind picked up. About an hour into the movie, I left my seat. I had hoped to take a picture of the projection room, which, it seemed, was accessible through a closed-off balcony that I had to reach, counter-intuitively, by going downstairs into a basement-type area, having told the manager that I was a film writer. His goatee was misshapen. One of his eyebrows was pierced and swollen. He told me that, because the normal route to the projection room was closed off due to repairs to the balcony, I needed to take the “old” route through the back stairs that began in the basement. I was to go through the unmarked yellow door at the end of the hall, across from the restrooms, take the stairwell to the basement, open the door to the boiler room hall, locate the smaller of the two metal doors, enter it, and take the stairs up to the projection room. He offered to draw me a map, and laughed. He warned me that I’d need to walk through a narrow space with some pipes to get to the stairs, and was that okay, and I wondered but did not ask how film canisters would have been transported to the projection booth through such an elaborate maze.

The problem was (well there were many problems) that the manager hadn’t told me which way to turn (left or right) after I entered the small door on the boiler-room floor. I entered the small door and must have turned the wrong way, because the weird space that I was in kept going and going. How big could this building be? It was cold, but some of the pipes were very hot, and I snapped a picture about, I’m guessing, 50 feet in, when I hit a dead end, and had to turn around. Most of the time I was in complete darkness, feeling my way along the walls and between the pipes. At one point I could hear rumblings that shook the passageway, and assumed it was from Tron: Legacy, which was also showing.

I never made it to the projection room. In some paranoid, overly anxious way, I felt fortunate to make it out of that place at all. To be honest, I was happy for my life that night, happy to be alive, and not because I ever was in danger. I was happy that such a world existed, in which you could still find yourself lost. And for that reason alone, I will always love The King’s Speech.