BROADCASTR TRAVELS THE WORLD OF STORYTELLING

Yesterday at DIY Days I presented a conversation with Scott Lindenbaum, a founder of the online publishing platform Electric Literature. I think his new venture, Broadcastr, is pretty amazing. But before I tell you more about it, here’s how Scott describes himself in his bio. 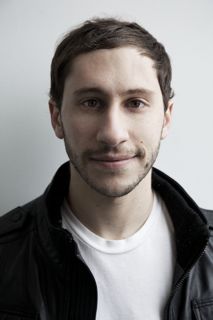 Scott Lindenbaum is the Co-Founder/President of Broadcastr, a free social media platform for geo-located audio that lets people create and share recordings on an interactive map. On the Web, Broadcastr is a digital archive of human memory and narrative; mobile users can take a walk while stories about their surroundings stream automatically, like a museum tour of everything. He is also the Co-Publisher/Editor of Electric Literature, a new publisher dedicated to using electronic media and innovative distribution to keep literature a vital part of popular culture. The Washington Post has called his efforts “A refreshingly bold act of optimism.”

Broadcastr launched this week on the web; the iPhone app is scheduled to arrive next week, and the Android app sometime after. Briefly, as Scott wrote, it’s a giant, geolocational archive of spoken-word stories — a platform for users to upload their own tales triggered by specific places. As Scott explained the concept to me, I immediately flashed on my somewhat negative first reaction to Foursquare. With Foursquare, you’re for the most part forced into interacting around the principle of commerce — spending money in stores, restaurants, clubs — whether you like it or not. I remember thinking that Foursquare missed the boat on the huge potential of their concept by failing to think historically and experientially about their platform. Why not tag a bar with the history of the writer who wrote a book at the back table, or the couple that fell in love there, or even a historical moment that occurred in the same location a century ago? With Broadcastr, you can do all that and more. As Scott demonstrated during our talk, you can move the pointer on your map to Egypt and hear current tales of the uprising there from people involved in the protest movement. Or, when the apps arrive, you can stroll through Brooklyn and hear stories recorded in a studio by some of the borough’s best storytellers that will be triggered to stream to your phone as you walk by the places these stories are set in. Needless to say, if you have a story to tell — your own tale of falling in love, or a childhood memory, or a piece of fiction centered around a place — you can set up an account and upload it for others to hear.

Another great thing about Broadcastr — the platform has launched with a huge catalog of stories already in place. So many times new tech ventures start with a simple “if we build it they will come” philosophy. Lindenbaum and his team spent a year collaborating with various partners ranging from UNICEF and the 9/11 Memorial to individual storytellers like Michael Showalter to ensure that visitors will immediately have great material to listen to. As he said during our talk, with not much more than this concept he coaxed great writers into the recording booth over twelve months to generate a lot of the material you can already find on the site.

As we discussed at DIY Days, the concept has a lot of potential. I can’t imagine any writer with a new book not reading a section of his or her work if it’s tied to a specific place. Or what about a filmmaker doing a walking tour of the locations of his or her film? There are obvious commercial applications too. So, check out Broadcastr, click through the stories and consider joining and uploading one yourself.