RAGE AND SCREAMING IN SOUTH TEXAS: LADIES TAKE OVER AT SXSW 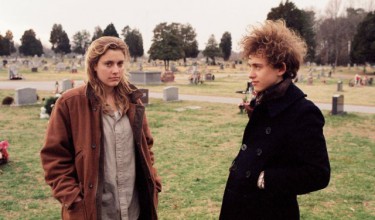 There are at least ten narrative films at SXSW this year directed by women — twice as many as last year.  At first glance, they share almost nothing in common. There’s a campy ‘50s-inspired vampire romp My Sucky Teenage Romance, by the 18-year-old Emily Hagins, and Small Beautifully Moving Parts by a pair of married adult women co-directors (each married, not to each other), Annie J. Howell and Lisa Robinson, about a pregnant woman so fascinated by electronic gadgets that she can’t begin to face the organic reality of having her baby. Some films feature male protagonists (No Matter What, Cherie Saultier’s lyrical examination of a teenage boy on a quest to find his lost and drug-addled mother) and others, such as Inside America and Yelling to the Sky, which examine anguished adolescents through the lens of race. Inside America is a case of almost anthropological hyper-realism, a largely improvised film about a group of Mexican teenagers in a Texas border town; Yelling to the Sky is a semi-autobiographical portrait of a bi-racial girl’s inner city adolescence, starring Zoe Kravitz and Gabourey Sidibe and influenced by some of the same classic melodramas as Precious.

By and large, they share very little in the way of common themes (My Sucky Teenage Romance being about as far away from Yelling to the Sky as any film could get in tone, intention or production value.) But two films in the Emerging Visions section by woman directors, Sophia Takal’s Green and Alison Bagnall’s The Dish & The Spoon, venture into territory left unexplored by most independent and mainstream films: strong women and the jealousy and rage that occasionally overtakes them. 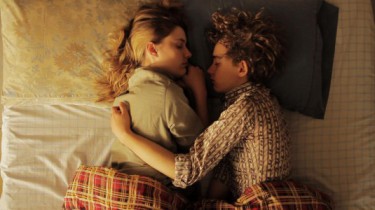 The Dish and The Spoon

Greta Gerwig’s primal scream of a woman wronged punctuates The Dish and The Spoon. We open on Rose (Gerwig), driving through the Lincoln Tunnel, guttural, animalistic sobs and moans piercing through the car. Pajama-clad, she inhales donuts, guzzles beer as fast as she can, speeding down suburban streets in unhinged desperation. Her husband has cheated, and she is on a hunt for the object of his affection, intent to “Kill The Bitch,” as she later explains. Bagnal has said that the character was inspired by Buster Keaton, and Gerwig outfits her character in a gigantic man’s coat and heavy construction boots, pitching herself forward at a stomp-ready angle in the first parts of the film. “She has a lot of armor,” said Gerwig about the choice to make her character as un-dainty as possible.  When Rose takes some beer up to a lookout point on a wintry beach, she uncovers a pale, wraith-like slip of a boy (Olly Alexander), tries to warm him up with a car ride to the hospital and some hot chocolate, and then lets him into her house to observe her breakdown. Alexander’s long, fragile features, narrow shoulders, small bones and exquisitely sensitive performance make Gerwig’s tall and rough Rose seem mannish at first, but as the film progresses, his contrasting manner begins to pull out her fragility. 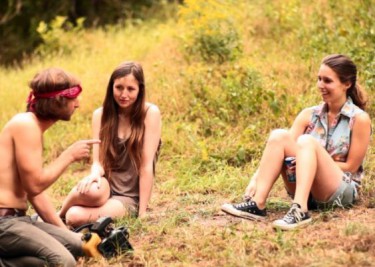 “I’m a very jealous person,” said writer/director Sophia Takal following the SXSW premiere of her first feature, Green. Starring herself, her fiancée Lawrence Levine (Gabi on the Roof in July) and their roommate Kate Lyn Sheil (star of Joe Swanberg’s Silver Bullets), Green concerns two young hipster Brooklynites (Genevieve and Sebastian, played by Sheil and Levine) who we meet at an insufferable party debating whether Proust is better than Philip Roth. We follow them to a rambling country house in Richmond, Virginia, where the boyfriend is set to spend a year writing a food blog about his hapless efforts to farm the land. Genevieve has no job and no purpose, content to read listlessly all day and receive Sebastian’s idiotic complaints about complicated farm equipment without expression. The night they arrive, a bubbly, naïve, intrusive female neighbor appears on their property — Robin (Takal). Robin keeps turning up with beer and chatter, and Genevieve drops her guard and opens up. Just as their friendship is starting to feel like something special, Genevieve becomes insanely, violently jealous, consumed with graphic images of Robin and Sebastian having sex in the grass. Overnight, she is brimming with hate and vitriol for Robin (who takes it in stride, her calm serving merely to infuriate Genevieve further.) Throughout, ridiculous Sebastian patrols the area in a lawnmower he can’t drive and whines and moans about soil with too many rocks in it, becoming petulant and churlish when he doesn’t get his way in bed.

Both films twist conventions of gender, positioning the women as the dominant parties in every scene, the catalysts for all the action, and painting their male protagonists as semi-helpless waifs with little awareness of what’s really going on. Dish’s Rose gradually lets the Boy fall in love with her, toying with him and even falling in love back, just a little bit. Still stewing in her rage and grief, she dolls the Boy up in a dress, padded bra and makeup, then forces him to join her at a local bar, where she too is in drag. She intimidates him into the corner of a booth and slams her face onto his with a messy kiss, goading him with cheap come on lines and abruptly abandoning him to a room full of strangers. When she finally comes back, she finds him singing Irish folk tunes with the entire bar. He has lulled them into submission with soft piano music and his emotional, full-throated singing. That night she carefully removes his lipstick and foundation with cold cream; the next day she starts to let him into her story. Her experiment in oppressive male aggression is over, at least for a moment.

Two-thirds in, both films have their wild female protagonists in the driver’s seat — Genevieve is becoming a fully-realized person through her friendship with Robin as her Ivy League judgment dissolves and she starts to like herself better. While having sex, Sebastian asks Genevieve to talk dirty, to tell him how much she likes it, and she refuses; he crumples into a ball of intellectual arguments in favor of dirty talk. Humiliated, Genevieve unloads on Robin, who turns out to be an ideal listener. The women finding solidarity in declaring Sebastian and every other man “stupid, stupid, stupid.”

And then Genevieve loses it. Something inside her snaps, and she turns on Robin like a wounded animal, spitting out insults when Robin turns up, making sure that her new friend feels unwanted in every way. Around this same time in Dish, we watch the last of several long phone calls between Rose and her ex. The first all show Gerwig in full ballistic ferocity, screaming into the phone, pounding the air with her first, using every epithet in the world (as well as more primal scream non-word anger sounds). And then, suddenly, her face relaxes. We can’t hear what her husband is saying, but whatever it is, it completely shuts down her aggression. Now she is simply mumbling “OK” in assent. The Boy, her champion in pain for the last few days of their private adventure, looks on, subtle panic growing on his face. After one last chance to wring The Bitch’s neck, Rose goes back to her ex. Notwithstanding a brief attempt by the Boy to beat up the husband, the Boy and Rose are detached from their respective hips, as she goes back to being a wife and he returns, equally healed, to his own mysterious sylph life. 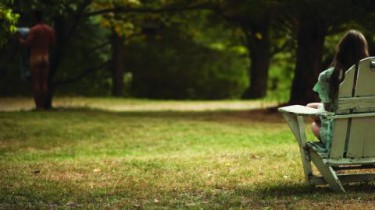 “I find myself getting jealous when I’m feeling insecure about not doing anything in my life. Now that I’ve made this movie… I’m actually much less jealous,” admitted Takal at her Q & A. As more women’s voices pierce the surface of contemporary indie film, Green and Dish are taking on a significant theme of modern femininity: the war between one’s violent, inner expressive self (the wails and screams and fears you are most ashamed of) and the version of your behavior that you want to promote, the self that gets you the love, trust and comfort that you crave. Rose’s quick turn from banshee to pussycat and Genevieve’s sudden flood of paranoia are both, technically, unexplained. Nothing actually happens to make them go crazy. Instead, both characters are women whose surface has cracked, who are letting the ugliest, darkest, most inexplicably true parts of themselves lash out. That the male foils of each of these characters are not quite fully men may be a coincidence, but perhaps the masculinity of these boy-men had to be tossed aside to effectively tell these women’s stories. Rose and Genevieve are waging a war inside themselves, and the collateral damage, at least briefly, is the cahones of their partners.