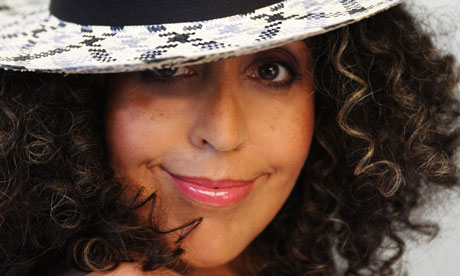 Poly upended every stereotype of the female rock and roll front person. She looked like an innocent school girl but when she opened her mouth she had a soul searing wail that made John Lydon sound like a squealing mama’s boy with his dick stuck in a zipper. Poly had one of the greatest punk rock voices in all of rock and roll. From banshee to wounded vulnerability, Styrene emoted with a range far beyond her worldly years. Within this child-woman was a fierce siren drawing liars and fools to crash upon the rocks of her uncompromising feminine power. Feminist? I don’t think so. That’s a label that Poly would find too limiting. Poly could, like Walt Whitman, claim “I am large, I contain multitudes.”

And from Dave Simpson in The Guardian, who interviewed her at her hospice:

To the last, her optimism and energy never waned — and she was even talking of ideas for new songs coming to her in the hospice. Her new album, Generation Indigo—– uplifting, playfully opinionated pop, and her best music since the 70s — was “something really positive” she could leave behind, should the worst happen. Not that she feared it.

“I try not to be negative or cynical,” she explained. “Even though we’re in a crazy situation, economically, and with wars, when things go far right, they will have to swing left. We have to become more caring and sharing. Generation Indigo are the people who will protest peacefully, and it’s happening already.”

And then she smiled: the smile of a woman fighting a terrible personal situation, but thinking only of the world she had yet to leave behind. The smile of someone with no regrets, who had a lot of fun, and made a difference.