In keeping with a bit of our theme from last week we tackle the subject of using our films to make a larger audience aware of a subject or group, and in turn gain a network of people we would have never come in contact with. If crowdsourcing is a way to gain a new following and engage an audience in the filmmaking process, then social change can do the same thing, but also give back to a community or group in more ways than just one narrative film can. It can also serve to engage a larger network in a very specific community need or cause. This was the very idea that had Marty Lang so excited, and me so intrigued. I was curious how micro-budget films could spark such awareness. I now realize not only is it possible, but almost necessary if we are to grow as a grassroots film community and human community. 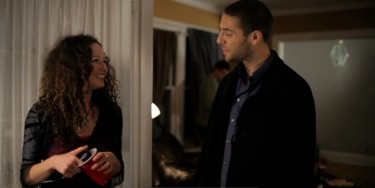 When I went to DIY Days in New York this spring, I heard a great talk by Brian Newman called “Reclaiming DIY.” Newman argued that art, and especially film, used to be a strong part of the cultural conversation, and needs to become strong again. He reminded us that both art and revolution help people see that the future doesn’t have to be as the present appears. He also said that with the birth of social media, crowdfunding and transmedia, feature films now have an opportunity to reclaim the mantle of social justice from documentaries.

It’s an interesting idea, that one type of storytelling has dominance over another when it comes to advocacy. So that got me thinking about microbudget filmmaking, and how we could be a part of this reclamation. After talking with some of my friends, it turns out we can be a pretty big part. By adopting a cause to fight for alongside our work, we can help feature films to be as socially relevant (or more) as documentaries, and can also harness resources to assist us in every phase of our filmmaking.

Adopting a cause for your film can open up a world of people who are passionate about that cause, and by extension, your work. Mahogany J. Slide, a filmmaker from Greenville, S.C., learned that while looking for supporters of her short film The Saving, which deals with teen suicide. She contacted Reachout.com, a web forum for people suffering from depression, eating disorders, or who are contemplating suicide, and that uses professional psychologists to help people pursue healthy resolutions. Slide showed the film to Reachout, and they loved it, calling it an accurate portrayal of a young person thinking about suicide. This led to more awareness of the film in the suicide awareness community, and also requests for the film to play in classrooms, which Slide particularly likes. “This kind of PR, you can’t really pay for,” she says.

Building on her audience, Slide is carrying the momentum of her short into her next project, a feature she will co-write and produce, which will also deal with suicide and drug abuse. The film, to be directed and co-written by her Saving DP/editor Tim Brennan, will look to reachout.com, as well as the American Foundation for Suicide Prevention.

Working in a similar fashion, Los Angeles-based producer John Paul Rice is using his audience, built up over a previous feature release, to spread awareness of his newest feature … and to raise money for it, too. His company, No Restrictions Entertainment, is utilizing fans of his first feature, One Hour Fantasy Girl, to raise money for the post production of Mother’s Red Dress, a drama dealing with domestic abuse, child abuse and mental illness. Rice said that diehard fans of One Hour Fantasy Girl, a film that deals with alcoholism, have gone on to support the Kickstarter campaign for Mother’s Red Dress as well. He said one backer, a man from North Dakota who creates Macintosh security software, had bought One Hour Fantasy Girl on DVD, and went on to donate $500 on Kickstarter. (Proving that building an audience can lead to repeat business, social issue-centric or not.)

Charities and nonprofit organizations focusing on abuse are now watching the Kickstarter campaign, like Safe World for Women, who advocates for woman’s involvement in addressing world human rights issues. Rice showed the film to Mel James, their United States PR and Media Director, and she loved it, noting how the film showed a victim of abuse becoming a perpetrator of abuse. Rice said that James is now more than happy to get people in touch with him about the film, which more than justifies the work he did trying to connect with her. “I knew that if I wrote 20 letters a day, two responding would be a big deal,” Rice said. “To get any type of response is great.”

You might think the benefits of championing a cause might stop once the cameras stop rolling, but if you’re resourceful, they can lead all the way through production. In my feature film, Rising Star (pictured above), a big focus is employment (and its evil sibling, unemployment). So as we prepped to shoot in Hartford, CT last fall, we looked to incorporate economic development into our production as much as we could. We wanted to promote the Connecticut workforce, so we hired the brightest graduates of the Connecticut Film industry Training Program, a state-sponsored workforce development program for the film and TV industry, to work on our crew. (And we hired them for a very attractive price, along with bringing many other graduates on as unpaid interns.) We wanted to give Hartford a chance to show itself off, so we incorporated major cultural landmarks, like the Mark Twain House and the grave of poet Wallace Stevens, into the story of the movie. (And for that, the City of Hartford helped us out wherever and whenever we needed it.) And we wanted to promote arts education, so we gave free filmmaking classes to the middle school multimedia students at Hartford’s R.J. Kinsella Magnet School for Performing Arts. (And teaching those classes introduced us to an actor who plays a key role in the film.) The result? We got a well-trained 40-person crew, top-flight acting talent, and the production value of world-famous locations for almost no money at all.

GETTING YOUR WORK OUT

Working with nonprofits can be a huge aid in getting audiences to see your film, too — so long as you can create situations that benefit all parties. A filmmaker who asks an organization to solicit directly to its supporters won’t find much success, because the dollars those supporters might spend on your film are dollars the organization could be making themselves. But creating symbiotic opportunities can generate an enthusiastic response. Rice is developing a smartphone app that would allow revenue sharing by nonprofits interested in promoting Mother’s Red Dress through their social networks. He also plans to set up screenings where charities will split ticket sales with No Restrictions. Slide donated half the proceeds of her premiere of The Saving to the South Carolina chapter of the American Foundation for Suicide Prevention, and they’ve expressed interest in working together again with her upcoming feature. And when we finished our rough cut of Rising Star this February, the Mark Twain House and Museum hosted our rough cut screening, and they kept 100% of the proceeds. Why? Because they let us shoot in the Mark Twain House (the first narrative feature to ever do so) for next to nothing. 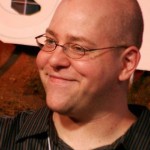 I think Brian Newman is really on to something, and as microbudget filmmakers, we have a serious set of tools at our disposal if we choose to tackle a social issue in our films. I’m convinced of it, so much so that I plan to explore homelessness in my next feature, and will look for nonprofits to partner with in making it. And I hope I’m just one of many. Let’s make people see the future doesn’t to be like the present. Let’s all find something to fight for. — Marty Lang

I really like the fact that we have the power to change things for the better with not only our films, but the communities we’re apart of. Our last few posts have really been about taking control of what this experiment is and making sure we define the future of our industry for the better. Marty’s article only gets me more fired up to make things happen and totally revolutionize business as usual. How about you?

Marty Lang is a filmmaker and journalist whose feature writing/directing debut, Rising Star, is currently in post-production. He has co-produced the film Being Michael Madsen, associate produced the film The Other Side of the Tracks, and is the assistant director of the Connecticut Film Industry Training Program. He loves UConn basketball and pugs. Follow him on Twitter @marty_lang!