by Brandon Harris
in Director Interviews
on Aug 24, 2011 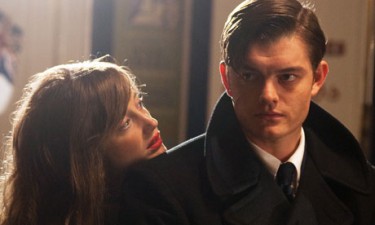 Effortlessly gorgeous and consistently engrossing, Rowan Joffe’s feature debut is an update of Brighton Rock, an adaptation of the Graham Greene crime novel first filmed in 1947 by the Boulting Brothers and starring a very young Richard Attenborough in what turned out to be a breakthrough role of sorts. The earlier film, which has developed a minor cult for its odd mixture of lurid noir stylings and depiction of pre-war British coastal life, is set in the late ’30s, with Europe’s headlong leap into war providing the backdrop for the tale of the sociopathic young gangster Pinkie Brown and the ill-fated love he has for Rose, a waitress with information that could tie him a revenge killing. Joffe’s film changes the setting to the early ’60s, with the seaside town of its title and the evolving cultural mores of Britain’s rebellious youth filling in the ambience.

Joffe’s version stars Sam Riley (Control), with able support from the likes of Helen Mirren, John Hurt and Andrea Riseborough. The son of veteran director Roland Joffe (The Killing Fields), the 38-year-old director cut his teeth as a screenwriter on such films as 28 Days Later and Last Resort, before working in TV as a director on Secret Life and The Shooting of Thomas Hurndall. Brighton Rock opens in Manhattan on Friday. 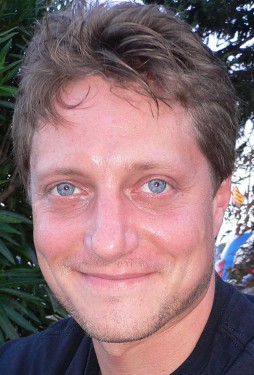 Filmmaker: When did you first come across the novel your film is based on? Were you offered the project by a producer or did your appreciation of it evolve into the desire to make it into a film on its own?

Joffe: I went on a very steep learning curve with Greene. I had read Brighton Rock at school, but I had not reread it or read any other Greene, apart from The End of the Affair, until Studio Canal, who owned the property, approached me with the idea of writing a remake of the 1947 Boulting Brothers classic. I rejected outright the idea of a remake because I don’t like remakes. Instead I suggested that we rework the material a bit and set it in 1964. Studio Canal was then sufficiently interested that they were then able to make another decision: that I was also to direct the film. Once that was the case I began very carefully reading everything Greene had ever written. That included all of his novels and his children’s stories, prose and other non-fiction work. Graham Greene took over my life, almost every aspect of it, for two years.

Filmmaker: Was moving the story from pre-war Britain to the early ’60s your way of making the film your own from the get go?

Joffe: Yeah, I guess it was that, I guess it was simple and that proprietorial and that ego-centric. [Laughs] I wanted to put my stamp on it, but one thing that is worth considering is that what you see on screen pretty much matches what I saw in my head when I read the book. I think the reason I saw the book in the context of 1964 is that one of the most iconic moments in British history occurred in Brighton in 1964 when Mods and Rockers took to the streets in a series of famous youth riots. Those riots were iconic of the battle between tradition and modernity, and innocence and corruption — both of which are central to the novel’s story. It seemed like a good time to set the movie in. Greene himself had said that unlike any of his other novels, Brighton Rock did not owe itself to a geographical or historical reality it owed itself to an act of imagination. The book was written in 1939, but it tells you almost nothing about the politics or economics of Britain at the time we were about to go to war with Germany. You really get an idea of how versatile and timeless the characters of Pinkie and Rose actually are.

Filmmaker: Greene’s work is filled with ruminations about Catholicism, and Brighton Rock is no different. It seems that your take on the religious aspect of the novel are of a piece with the original film, which saw Pinkie as perhaps more redeemable than Greene did.

Joffe: Someone once described the film industry as “predominantly Catholic ideas told to a predominantly Protestant audience by a predominantly Jewish industry.” [Laughs] That has probably got some truth to it. [The quote] sheds a light on Brighton Rock because in a sense Catholicism is fundamental to the story. It’s a story about redemption and redemption is fundamental to the Catholic faith, but it also tells you how generic its religiousity is because you can have redemption without Catholicism. It’s a bit of a paradox — it’s both a Catholic movie and not at all a Catholic movie. It’s a paradox that occurred to Greene all the time, because he said, ” I’m a writer who happens to be a Catholic, as opposed to a Catholic writer.” So I think it depends on which glasses you’re wearing when you see the movie. If you want to find Catholicism in it, it’s there. If you’re not interested in that it works without it.

Filmmaker: The Catholicism within the story wasn’t something that you particularly responded then when you set out to make the movie…

Joffe: That’s a good question. In as much as if you look at the character of Jack in Gas Attack or the father character in 28 Weeks Later, I’m interested in characters who are apparently beyond redemption. Characters who are so morally compromised, that there is no way back for them, apart from love. This is a sort of corny thing to admit, but ever since I saw Darth Vader throw the Emperor down the central shaft of the Death Star, I’ve held a fascination with evil characters who possess the quality of good, and that describes Pinkie and Jack. I think it’s what drew Greene to a lot of his characters. I’m interested in bad guys with the potential to be good.

Filmmaker: Did your work as a screenwriter adequately prepare you for the transition to directing?

Joffe: Well, it is a very different skill set. There is one major overlap, which is of course the screenplay. A good director must have as honest and profound a relationship with the script as the screenwriter does. The director needs a distance that the writer, by the very nature of their profession, likely doesn’t have. In the act of writing, you come to know your world and your characters so well that you can get quite attached to them. That attachment is not necessarily very useful when you are directing a script. You kind of have to take your writer’s hat off and put your director’s hat on. They are two very different skills.

The useful thing is that having written scripts gives you a real understanding of character. That is probably where the usefulness then ends. What you have to then do in my view is both admit and embrace the truth about directing, which is that despite a popular culture which constantly sells movies according to who has directed them, that most directors are only as good as the people they work with. I’m not saying that’s true of all directors, but I think it may be true of a lot of them. Therefore I think the primary skill of a director is to pick the best team. I was very lucky to have some extraordinarily talented people work on this film.

Filmmaker: Are there aspects of this film that were perhaps more ambitious than you imagined when you were writing?

Joffe: That’s a good question. The bottom line: this was a fucking stupid idea. [Laughs] I love that novel more than I love anything on Earth other than my family, otherwise I wouldn’t have spent two and a half years of my life adapting it and I wouldn’t have made such a spectacularly irrational decision. It’s irrational because no matter how good the film is, it’s compared to the original. It’s irrational because no matter how humble my approach to the book, it reeks of arrogance, and it’s irrational because no matter how exciting or compelling the story is, it’s not obviously commercial. So I chose a debut film that is going to piss off the critics and won’t necessarily attract audiences because it’s not that easy to sell. So to that extent it really was a private passion and whether or not my career ever recovers from it remains to be seen.