There’s an excerpt from Haruki Murakami’s upcoming novel, IQ84, in this week’s New Yorker. At the magazine’s website there’s an accompanying short interview, which contains this interesting exchange about fiction and our wired world. Several times recently I’ve read scripts and had to comment that they’ve failed to acknowledge the ways in which we communicate and gather information these days. Throw a cell phone or internet connection into these tales and their plots collapse. Murakami dealt with this challenge by dispensing with it; his new book is set in 1984. In this excerpt from the interview, he discusses the effect of this decision. 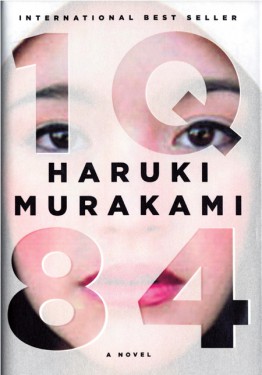 For Orwell, 1984 was the unknown future. For us, it is a time that is over and done with, part of our known past. By setting the actual past beside a past that might have been, exchanging certain elements of each with the other, and blurring the boundary line between the two, we can transform memory into something that is more collective. In that sense, I am more strongly drawn to depicting the recent past than the near future.

By setting the story in 1984, before cell phones and e-mail and the Internet had become common, I made it impossible for my characters to use such tools. This in turn was frustrating for me. I felt their absence slowing down the speed of the novel. When I thought about it, though, not having such devices at the time—both in daily life and in the story—ceased to be an inconvenience. If you wanted to make a phone call, you just found a public telephone; if you had to look something up, you went to the library; if you wanted to contact somebody, you put a stamp on a letter and mailed it. Those were the normal ways to do those things. While writing the novel (and experiencing a kind of time slip), I had a strong feeling of what the intervening twenty-seven years had meant. Sorry to state the obvious, but maybe there’s not much connection between the convenience of people’s surroundings and the degree of happiness they feel.