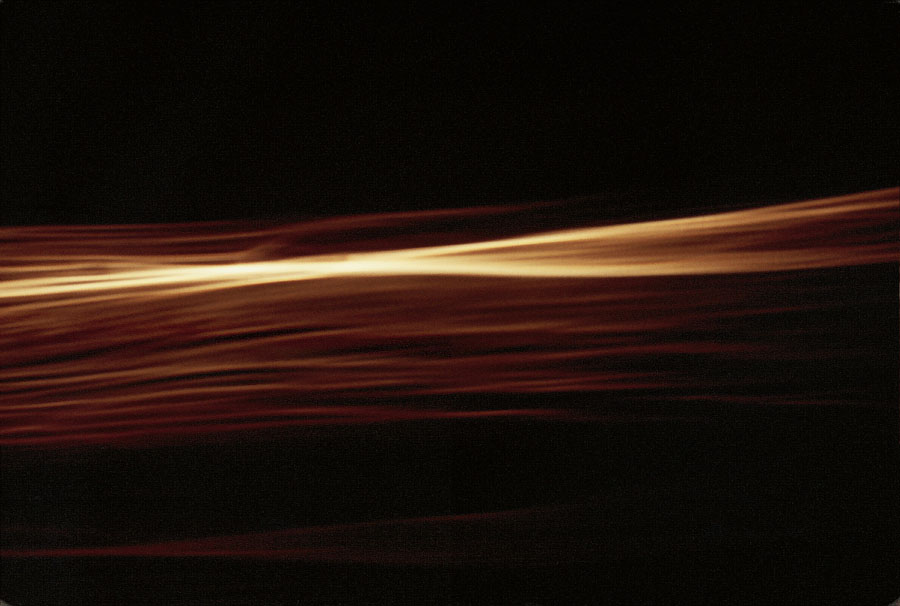 For fans of experimental film, 2011 has been a year of heavy losses. Yet even as we mourn the deaths of pioneer filmmakers including Jordan Belson, George Kuchar, George Landow (aka Owen Land), and Adolphas Mekas, the 2011 Wavelengths programs at the Toronto International Film Festival indicated that experimental film is alive and well… and living in Canada.

Aberration of Light: Dark Chamber Disclosure is a site-specific live projection performance that was a highlight of this year’s festival. In the projection booth, Brooklyn-based artists Sandra Gibson and Luis Recoder distilled a found 35mm commercial film print into rich, gorgeous beams of light that danced on the screen, the auditorium walls, and the faces of the rapt, dreamy spectators who filled the theatere at the Ontario Gallery of Art. (The movie that was the basis for the work was never identified to the audience, and the artists have never watched it in its entirety.) The introductory movement of the piece is a marvel: tiny lines of white light that were movie credits in a past life shimmer onscreen like sunlight filtering through deep water. Occasionally a half-glimpsed face from the original film surfaces deep within the piece like a mirage in the desert; other moments resemble flashlights dancing through fog. 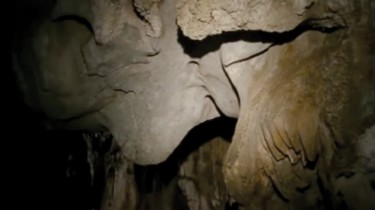 The audio to the piece, created and mixed live in the theater by the Dallas-born contemporary composer Olivia Block, is at once organic and otherworldly. In addition to sounds produced digitally and musically, Block works with sounds she has collected from the world around her. Occasionally, these feel familiar: is that the sound of rushing water? Peeper frogs chirping on a summer night? The plaintive bleat of an alarm? The whir of an airplane about to take off? The pop of distant fireworks? Together, the visual and aural components of Aberration of Light are a symphony of lights and darks, quiets and louds, that are greater in concert then the sum of their parts.

Empire, as tiny and wondrous as Aberration of Light is long and wondrous, is the gem of a trailer for the 2010 Viennale made by Apitchatpong Weersethakul. Happily, it is available to watch online. Working in short form, the Thai director manages to evoke the same sense of simplicity and astonishmen in under two minutes of screen time that cinephiles fell in love with on features like Syndromes and a Century (2006) and the Cannes Film Festival winner Uncle Boonmee Who Can Recall His Past Lives (2010). This is advertising at its best. 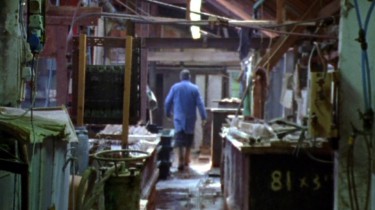 Meanwhile, British director Ben Rivers had the distinction of presenting 16mm films both in the Wavelengths experimental film program and also in Future Projections, the festival’s foray out of the theaters and into Toronto’s galleries and museums. The later presentation was not without hiccups: Rivers’ piece was unavailable for several days during the festival due to technical difficulties, and the filmmaker himself was away at the Venice Film Festival. There, his first feature film, Two Years at Sea (2011), won the FIPRESCI critic’s prize; it was not shown in Toronto.

Rivers’ Wavelengths piece, Sack Barrow (2011) tours a mom-and-pop electroplating factory established outside London in 1931. In the film, six employees are documented clocking in and coating electrodes with metal ions. While these processes are still used today, they typically are done a vast industrial scale; the factory closed this year. In Sack Barrow, Rivers documents the tasks that took place in the space and the multi-colored chemical residue they left behind; in part, he explained to me, the film grew out of an interest in the factory’s transformation from “a working space into a crystalized cave.” 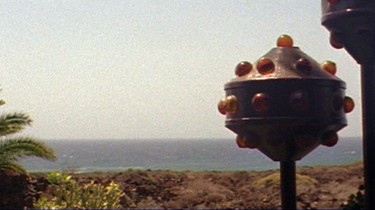 In his Future Projections piece, Slow Action (2010), Rivers approaches the natural world not as documentarian but as explorer. He visits four remote islands: Lanzarote, a bone-dry Canary Island that he describes as “full of dead volcanoes and strange architecture”; Gunkanjima, a now-deserted island off the Japanese coast; Tuvalu, a Polynesian island that seems on the verge of being swallowed by the Pacific Ocean; and Somerset — not the island of Nunavut, uninhabited ice cube in northern-most Canada, but Somerset London, the place from which Rivers hails and has here transformed into a fictive foreign nation all its own. The piece is available to watch online, along with work by Weersethakul, on the website Animate Projects, yet if the chance to see it on the big screen presents itself, viewers will find that benefits from luxurious big screen viewing in all its 16mm glory. The long past that the travelogue or educational filmstrip has had on 16mm loans Rivers’ work both historicity and humor; when viewed through his lens, the Earth-bound is more than just alive and well: it becomes mysterious, futuristic, and alien.