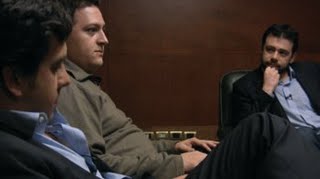 My biggest challenge was daring to make this documentary, which from the very beginning was almost an impossible idea.

On one hand, we set out to retell Pablo Escobar’s story, not as yet another gangster film, which it isn’t despite popular perception, but as an intricate political thriller. On the other hand, we challenged the longstanding belief in Colombia that violence and hate pass from generation to generation.

The intellectual challenges behind these two ideas were actually more difficult than getting Escobar’s son back into Colombia to meet with the sons of his father’s most prominent victims, even though this demanded contacting some of the Escobar’s old enemies.