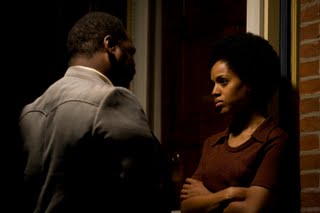 The hardest decision I made on this film was mustering the courage to deconstruct my film completely in postproduction. I don’t know if other directors had similar experiences with their films, but when I first pieced Night Catches Us together, while I was pleased with it, it no longer felt as creative as I’d hoped. Something was missing — though I couldn’t determine what. At first I was too overwhelmed and exhausted to confront the problem, let alone address the ways I needed to fix it. But eventually, with the support of a trusted group of my colleagues, I was able to start deconstructing and reconstructing the film from the start. During that process, I finally realized the missing ingredient was archival footage.

Although presenting archival footage in a feature presents many challenges, especially to the film’s authenticity and accuracy, I felt it was an essential ingredient to the world I’d constructed. Building the archival world in Night Catches Us wasn’t easy; it took many weeks and many iterations before it could be woven into the narrative of the film. But I think it was an important step for turning this film around and making this story as relevant today as I’d hoped when I wrote the script.