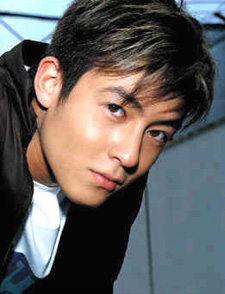 After I posted links to various summaries of the Edison Chen nude picture scandal, a flurry of new news appeared online. Last week the actor held a press conference in Hong Kong where he stated that “society as a whole has been affected” by the scandal, apologized to “all the ladies and all their families,” and announced his indefinite hiatus from the film business:

It seems that Chen has now left Hong Kong for the States where he will lay low… at NYU Film School? Meanwhile, Radar Online aggregates some of the latest developments, including the theory that Chen leaked the photos himself, as well as news about the impact of the scandal on Chen’s girlfriend:

Reports are also surfacing that Chen tried proposing to his mob-connected girlfriend (and featured star of many of the leaked photos) Vincy Yeung four times in an effort to avoid a hit from the Triads, the underground Chinese criminal organization you might recall from such fine films as Rush Hour, Rush Hour 2, and Lethal Weapon 4. Yeung’s uncle, Albert Yeung, is a famous Hong Kong gangster who evidently didn’t take kindly to seeing shower pics of his niece on the Web.

The Life After the Agency blog has more, including the author’s predictions on the ability of the scandal’s various participants to survive it.