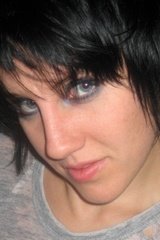 The Film Panel Notetaker has an interview up with filmmaker Leah Meyerhoff, who is bringing a retrospective of her short films to the Boston Underground Film Festival this weekend. She is also beginning work on her first feature, Unicorns, which she hopes to begin shooting this summer. Here’s Meyerhoff answering the question of what made her want to be a filmmaker:

I originally thought I wanted to be a marine biologist, something totally not in the arts at all. Then I went school at Brown and started taking film classes. I started with film theory, kind of more on an intellectual basis and then began taking film production classes at RISD which was this art school nearby. I continued to make sculpture, painting, photography and other kinds of visual art for years and went to the School of the Art Institute of Chicago for a year. It was almost a half-creative and half-practical decision to go into filmmaking, a way of doing something that I love while also having an impact on the world. I enjoy the collaborative aspect of filmmaking rather than being in a tiny studio all day painting by yourself. It also has a potential to reach a wide audience and affect social change on a level that other art forms aren’t capable of. The distribution system can be mind-bogglingly complicated, but it’s also great because if you can tap into that, you have the chance to really change the way people think. That is part of the reason why I’m particularly interested in coming of age stories about teenage girls. That was the age range for me when I was figuring out who I was in the world and what it meant to grow up as a female in this society. I didn’t see myself reflected in the media. To me, all the TV shows and films I saw were not my reality. Now that I’m older, this idea of creating characters that young girls can look up to or can identify with is a powerful idea.