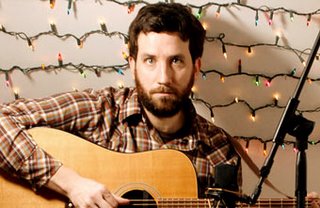 Benten Films has a splendid, newly redesigned website that has launched alongside its latest release — Todd Rohal’s wonderful Guatemalan Handshake. The release is top-shelf all the way — the two-disk set includes six of Rohal’s short films, an essay by David Gordon Green, and numerous other extras, like casting tapes and other behind-the-scenes material.

Also on the Benten site: an interview with composer David Wingo, who has scored Green’s and Rohal’s films and who also plays in the band Ola Podrida.

How different is the creative process when lyrics are involved, such as your Ola Podrida work?

Usually, I come up with a melody and chord progression, then let that dictate the words, but I always have the words before I start building the arrangements. There’s a Brian Eno quote that I read recently that’s interesting because it’s kind of the way I think about things. He was talking about Bob Dylan’s “Blonde on Blonde” — which is odd because I never would’ve figured Eno to be a big Dylan fan — and how that fit the way he was operating lyrically. Dylan mimicked the music with the words, whether it was the emotions coming through or the rhythms, just letting the words… not so much tell a story on its own, but more like the story the music was dictating, more subconsciously. I try to do a similar thing.