BEHIND THE SCENES OF DAVID LYNCH’S DOM PERIGNON SHOOT 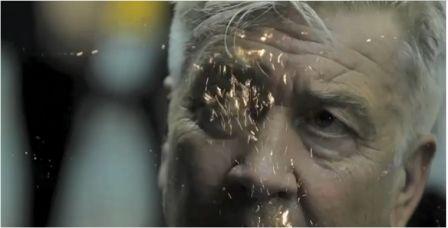 by Jane Schoenbrun
in Filmmaking
on Nov 8, 2011

David Lynch’s vexing new album, Crazy Clown Town, releases worldwide today, but that’s not the only project the iconic director has been keeping busy with. Lynch recently traveled to the Abbey of Hautviller in northern France to shoot an ad for Champaign brand Dom Pérignon.

Filmmaker Gavin Elder was along for the trip, and shot an accompanying behind the scenes portrait of Lynch for Nowness.com. The Power of Creation: David Lynch for Dom Pérignon is a suitably fractured look into Lynch’s creative process, beginning with the Blue Velvet director espousing on his passion for experimentation, then disintegrating into a collection of strange fragments featuring Lynch at work. Watch it below.

Key quote from Lynch: “I don’t know what the hell that is.”

Crazy Clown Town is still streaming over at NPR, and for all you Lynch enthusiasts, be sure to keep up with Nicholas Rombes’ continuing and comprehensive Blue Velvet Project.