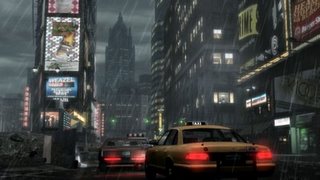 Here are a few noteworthy links from the last few days.

First, a must-read (or must-listen) is an interview with Matt Zoller Seitz on his blog, The House Next Door. (The hour-long talk is available as a transcript or as a download.) In the piece, Seitz discusses his decision to abandon print criticism and concentrate on both moviemaking and things other than movies. Here’s how he opens:

Well, the short of it is: I’m out of print criticism. I’ve been thinking about it for a while and for a variety of reasons. One of them is that I’ve been doing it for seventeen years now as of May of this year, and I’ve done it for a variety of different outlets in a variety of different forms. I’ve enjoyed it… I’ve always enjoyed it, but I just don’t want to do it anymore. Part of the reason for that is that I don’t write as quickly as I used to and I don’t have as much time to do it as I used to. But the more important thing is that, according to the actuarial tables, I’m probably about halfway through my life, if I’m lucky. And there’s a lot of things that I would like to do, and I haven’t done them yet. And I want to get started on it.

Scott Kirsner at his Cinematech blog lists and has commentary on five internet sites that help filmmakers raise funding for their films.

Over at FilmInFocus, the site has one of their periodic “Five in Focus” lists. This time, over the course of the next week five designers list their favorite feature films from the standpoint of design. First up: Benjamin Noriega-Ortiz.

A click away at the Filmmaker home page, we reprint David Gordon Green’s essay on Todd Rohal’s The Guatemalan Handshake, which is included in the new Benten Films-released DVD. The essay is entitled “Outrage the Rooster: Words about this Film.”

Finally, there seems to be only one mainstream entertainment story today: the release of Rock Star Games’ Grand Theft Auto 4. The pre-sale of this game hit $60 million before it’s release. We don’t have the game yet at Filmmaker, but our new gaming columnist, Heather Chaplin, has checked it out and contributes her report to “All Things Considered” at NPR. If you’ve been hiding under a rock and haven’t read about the game, then you may not be aware that the latest installment is set in a scuzzed-out, nostalgia-confirming version of New York City. Here’s an excerpt of her piece, in which she takes the game for a spin with one of its writer/directors, Lazlow Jones:

But the game is more than merely satire. Video games have never been known for expressing the finer points of human emotion. But I took a turn at the console with Jones, and the more I played GTA IV, the more I felt I knew Niko.

He’s haunted by violence. He walks slowly, and every action is deliberate, as if he were conserving energy. When he steals a car, he matter-of-factly pulls the driver out of the seat and deposits him on the road. There’s no joy in it; it’s just what needs to be done.

And everything about Niko feels uniquely Niko — like when a great actor disappears into a character. It’s just not something you see that often in videogames.

The key, Jones says, is storytelling — “fundamental storytelling that becomes so engaging that you find yourself emotionally involved with polygons. None of this exists, but we’ve made a living, breathing world.”

Related: Over at the Bowery Boys, the bloggers trace the history of New York City in videogames, considering everything from Mario Brothers to the recent Warriors.