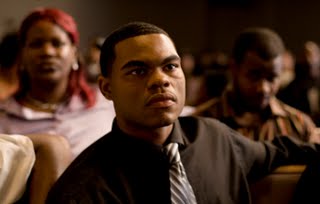 The hardest decision I had to make while shooting my film Bilal’s Stand was to do reshoots in a different format. The film was originally shot on 16mm film. I love the process of film from loading the camera to seeing dailies for the first time. I love the stubborn, sometimes unforgiving nature of the medium and the care required to get the beauty you want. I often joke and say that film and I have a “Ross and Rachel” type relationship. You know you have strong feelings but it’s so damn difficult sometimes to make it work. I even started a youth program called Student EFEX — Encouraging the Filmmaking Experience — that teaches life skills through the art of filmmaking. Coming from metro-Detroit, I gained an appreciation for the way in which the process of efficient filmmaking is representative of living a successful life.

After our initial shoot, reshoots and editing I was still unsatisfied with the film. We had never been able to raise the money to shoot the material the way I wanted. After trying for more than a year to raise more funds, I came to a realization: I could reshoot the material I wanted on HD-DV or settle for the film as it was. Shooting this film — my first film — was literally a dream come true. And at this juncture I felt I knew the answer to Langston Hughes’s question of what happens to a dream deferred. Also shooting a film in inner-city Detroit with an all-student crew I was concerned about the nonprofessional (and, dare I say it, ghetto) stigma that could easily be attached to the project. I didn’t want to give anyone another reason to write the film off as something uninteresting or not competitive. After thinking long and hard, I decided that the story was bigger than my selfish desires of how I thought I should tell it and insecurities about how people would judge it. So we shot on video.

We did another round of reshoots on HD-DV and blended it with the 16mm footage. At first it didn’t feel natural and I kept trying to minimize it as much as possible. But then, after doing some test screenings, I realized that this shift worked even better for the film than if we had shot on film. In the movie the main character, Bilal, drives a cab around the streets of Detroit. We could never get enough money to properly light and shoot the scenes on 16mm so the HD made it easier to shoot in a moving vehicle at night (in a city where most of the street lights are busted out). HD also gave the film a kind of Taxi Cab Confessions-feel that works so incredibly well. This unconventional look of blended media gave me the courage to try something I had always wanted to do: use animation to try to show the outside world how the sometimes desolate streets of Detroit can be beautiful and monumental in the eyes of the city’s youth. Evidently it was effective. The film tested better than ever with several different demographics. In retrospect it let me know that sometimes accepting where you are and doing the best you can is all one can do. And for once, being broke ended up working out better than if we would have had money.