Prior to this year’s 25 New Faces hitting the stands and screens, we asked everyone previously selected for this feature to send us a short email updating us on their activities since. Here are the first three responses — thanks to the filmmakers who sent them in. More will appear in the coming days. And, if you are reading this, appeared on this list and haven’t replied yet, please drop us a line and update us. In the coming days you’ll read about people whose films have been made and people who have decided to take other paths in life, so, really, any kind of response is appreciated. You can email us at editor.filmmakermagazine AT gmail.com. 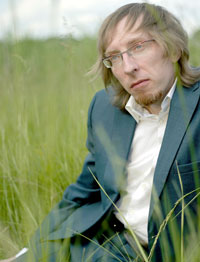 Keith Bearden, writer/director, ’05: As I write this, I am in my office in Livonia, MI at the production HQ for my first feature, Miss January. Yes, the same feature I was hoping to shoot when I was a New Face of Independent film back in 05. This is a slow moving, conservative, bottle-necked biz, especially now, when hundreds of indie features get financed and made every year that don’t even see major festival play much less theatrical release. But I found a smart, committed young producer (Jordan Horowitz at Camelot Pictures) and two years and many rewrites later, we’re casting and scouting locations. It’s a great, great feeling, and I am very lucky that my years of hard work have gotten me this far. Many exceptionally talented people I met when my first short The Raftman’s Razor played festivals are still struggling to get to this spot, or even get paying work.

This business is SLOW. I naively thought that after having a short film that got praise, awards and TV play all over the world getting a feature happening would be smooth sailing. WRONG. There is no smooth sailing in the film world, unless maybe you are a sell out from day one who’s life’s dream is to make an ADHD-paced candy-colored Disney movie involving CGI animals and Hannah Montana, or write and direct Who’s The Boss: the Movie. Or are rich and can spend Daddy’s money freely (which, honestly, accounts for about 90% of indie film folk. If only my family weren’t factory workers…) And if you want to do something non-Syd Field approved, good luck. Then you are an artist, and people want to meet you and poke at you to see if you are real, but are in no hurry to give you money. (God bless the French, who give me work directing commercials. They are willing to support your work without pre-approval from the masses or the industry)

The upside is that the “Artist” part of my career has been going great. My short film The Raftman’s Razor is in the permanent collection of the Museum of Modern Art, and I am a 2008 Guggenheim Fellow in filmmaking. This kind of stuff people spend their whole lives working for, so I am blessed and grateful.

Some of the New Faces are already farther along in their careers than I am, but here’s my advice anyway: Be committed to the art you love and telling the stories you feel totally passionate about. Work every day on them. Keep writing. Keep making films, big or small. Sacrifice. Don’t wait for someone to make connections or make projects happen. That’s your job. Think of yourself as a crazed religious devotee or junkie. Do anything for your film God, your movie jones. Let it take you over and ruin your life. Be one with it. Live in your stories. Let them live in you. And it will happen naturally from there. 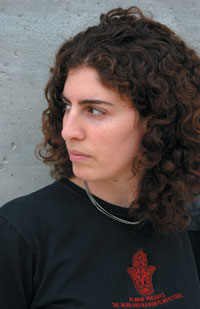 Annemarie Jacir, writer/director, ’04: My very good news to share is that after an intense struggle to get my project off the ground — which resulted in a film with 8 co-producers and 17 sources of financing in order to make this very small film come to life — and then production in a country under military occupation which made absolutely everything difficult if not impossible…. and a kind of guerilla style effort with a crew that was all-heart working under immensely difficult conditions — we did it! The film [Salt of this Sea] exists. And the greatest honor of all — we were an Official Selection to the the Cannes International Film Festival, Un Certain Regard section. 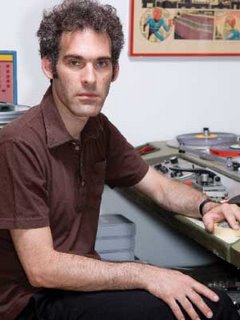 Ronald Bronstein, writer/director, ’07: Hmmm. Let’s see. I’ve basically spent the last year, not as a filmmaker, but as some kind of wretched cross between a poor man’s P.T. Barnum and fuggin’ Sisyphus, groping to get Frownland seen (and not reviled). I think it reached a kind of critical mass in terms of s-s-s-s-symbolic approbation last month, when the Museum of Modern Art added the movie to their permanent collection. So fugget. Despite having no stateside distributor and no dvd deal, I took this as a good indicator that it was time to stop pushing the forlorned thing, assume it’ll have some kind of life ahead of it, and move onto my next project with more active fervor. So I’m about 2 months into rehearsal on it, bullying and cajoling the performers into shape so that they’ll be ready to shoot this winter. It’s all very promising and yet i’m writhing in my bed every night, waiting for the pendulum to swing. I suppose the other nascent development worth noting has been my semi-reluctant plunge into acting. Good grief! I worked with Joe Swanberg last fall and now Josh and Benny Safdie have asked me to be the lead in their next feature. In general, I’m just way too self-conscious a person to dive headfirst into the process without reservation. But to say “no” would be like acknowledging that I’m not confident or self-possessed enough to pull it off. And I can’t stand the implications of that. So there’s a counter-phobic thing at work here. I’ll stop whining now. Things are good.