“SHUT UP AND PLAY THE HITS” | directors, Dylan Southern and Will Lovelace

Dylan Southern, Shut up And Play the Hits, Sundance Film Festival, Will Lovelace

With this film we were presented with the opportunity to document a very specific moment in time, both musically and culturally—LCD Soundsystem’s final show ever, at Madison Square Garden.

The idea of shooting the concert appealed to us as not only fans of the band, but as filmmakers. We love the classic experiential concert films of the past, such as The Last Waltz, and Stop Making Sense, and for us, the idea of documenting an event like that was something we had a very specific vision for.  But we were also determined to make a film that was more than just a typical ‘music film’. We knew that alongside the story of the final show, there was a smaller, more personal, yet universal, narrative to explore.

In James Murphy we had a very collaborative subject who was open to pushing the direction of the film away from what might be expected.  Apart from the concert, we developed the narrative of the day after the final show as a way of exploring a set of themes, including the question why, at the height of popularity, you would just put a stop to your band.

The film we created together is in part a concert film, but the thing that most people seem to leave with is more than just the thrill of reliving the show. It’s hopefully an emotionally engaging experience that looks at the idea of getting older and the decisions we make about our lives. 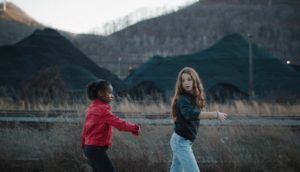 “There Were So Many Times That This Film Changed in Form, Tone and Story” | Elaine McMillion Sheldon, King Coal by Filmmaker Staff in Sundance, Sundance Responses
Feb 1, 2023