by Alexandra Byer
in Filmmaking, Sundance
on Jan 23, 2012

The films that make up Sundance’s Shorts Program II all address issues of basic intimacy and loneliness. Whether telling the story of a homecoming between wife and husband, an unexpected encounter with a stranger, or in one case, the way technology’s interference in everyday life renders a relationship unidentifiable, these young filmmakers are all attempting to understand emotions that still remain mysterious. 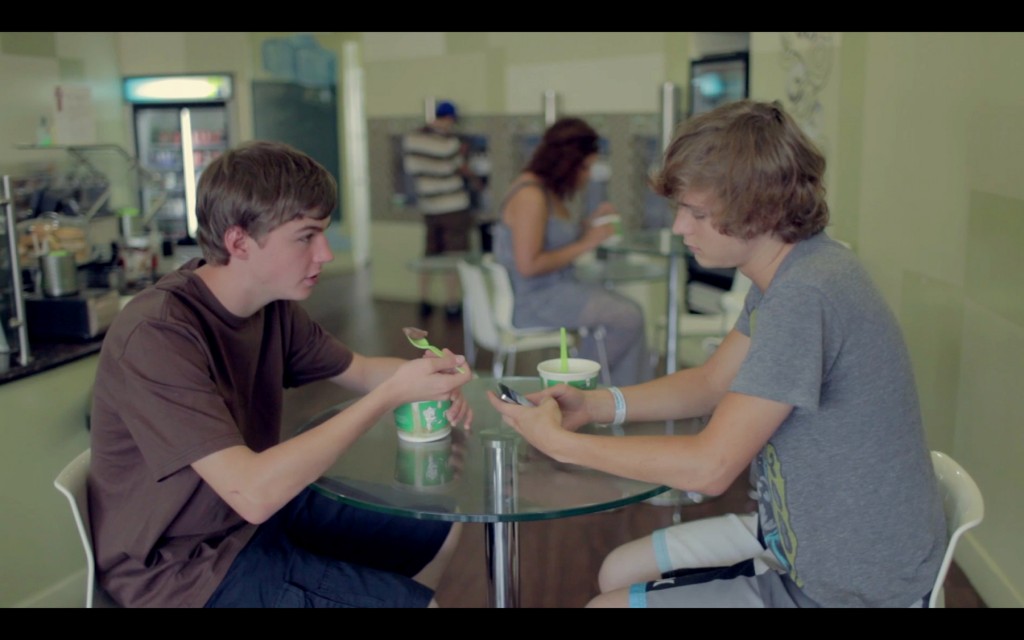 A still from the short "The Arm"

Take Brie Larson, Sarah Ramos, and Jessie Ennis’ The Arm, for example. The film begins misleadingly. A narrative seemingly about a power struggle between two male teenage friends turns quickly into a darkly humorous depiction of a subject we should probably be taking more seriously — texting while driving. A young couple’s new relationship, which is based completely on texting, is cut short when the girlfriend dies in a car crash because she’s DWD (Driving While Distracted). Though texting distractions are responsible for thousands of deaths each year, the film is still comedic. That’s because there’s honesty to a teenager – or anyone for that matter – being so overly connected to his or her cell phone that showering, eating, even playing baseball while texting seems plausible. So much of the nine-minute short comes across as tongue-in-cheek that it is somewhat difficult to decipher what statement the film is trying to make. But, with its clowns, rabbis, and abrupt, somewhat nonsensical ending, The Arm remains rooted in carefree humor.

From the frenetic world of technology and unformed relationships, we’re thrust into the picturesque, quiet landscape of director Craig Macneill’s realist short Henley. Inspired by a chapter from Clay McLeod Chapman’s novel Miss Corpus, the short follows a 9-year-old boy through his daily routines around the rundown, unvisited motel his father owns. Henley, the eponymous character, spends his day practicing to be the motel’s manager and collecting roadkill (for $0.25 a skin) from the narrow stretch of highway that seems to be his only connection to the outside world. Henley functions as a beautiful snapshot of a child’s isolation from his father, beautifully shot by cinematographer Noah Greenberg. 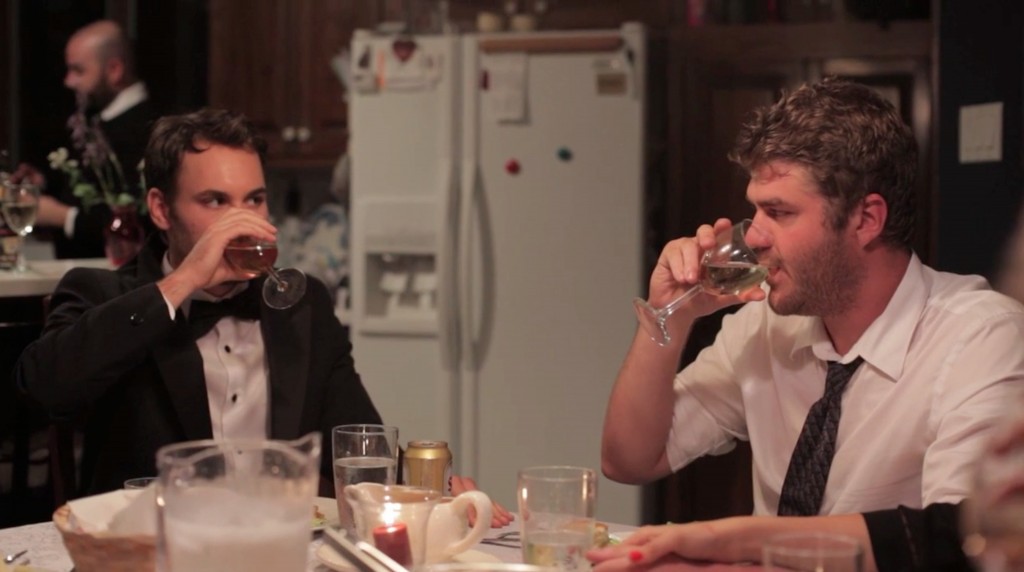 And from children they grow into adults… unless they’re the brothers in ’92 Skybox Alonzo Mourning Rookie Card. Ah, brotherly love – that emotional glue between siblings that represents a shared history, respect, and compassion for one another. Or… not. Todd Sklar’s (Box Elder) short illustrates the tormented side of two brothers’ relationship. Luckily for audience members, director/co-screenwriter Sklar and actor/co-screenwriter Alex Rennie tackle this heavy subject with humor. Brothers Jim and Dave regress into their childish roles when they go back home for their father’s funeral. Name-calling, stupid pranks, and general chastising commence as the brothers are forced to spend time together. While the short hits true comedic chords, specifically the hilarious dinner scene where Jim and Dave try to out-chug each other by drinking any and all liquids on the table (including gravy), some scenes drag on. A more serious moment, when the brothers reflect upon their distant relationship, would have been more effective if the dialogue was tightened and more concise. Sklar shoots for a sweet ending, but it would have been better served if the brothers’ rocky background had been shown rather than told. Despite these snags, Sklar and Rennie have a strong understanding of comedy, and ’92 was a clear crowd-pleaser.

The hardest endeavor to overcome in a relationship can be recognizing how two people have grown distant. Blerta Zeqiri creates a palpable gap between a reuniting couple in The Return (Kthimi), in which a long-gone husband returns home from a Serbian prison. The tension between husband and wife at first reads awkwardly, almost as if it’s the manifestation of novice acting. But what follows is an honest look at the grave effects that war and separation can create between loved ones. The short runs long at 21 minutes, but this only heightens the somewhat excruciating tension between the couple as they struggle to understand what’s happening between them. This awkwardness is only exacerbated by the frequent use of jump cuts and inconsistent editing. We never get any physical distance from the situation, a distance that the narrative begs for. Though this claustrophobic shooting style helps us understand the strain the two leads are feeling, the short’s emotional impact might have been heightened by giving the audience some breathing room.

Those who stuck through an unfortunate series of technical difficulties surrounding Benny and Josh Safdie’s (Daddy Long Legs) short, The Black Balloon were greatly rewarded. The story trails a lone black balloon that has gotten away from its pack. As the balloon travels across New York City, it infiltrates the lives of different people, helping them in some way – whether it is accompanying a man to get food or distracting a young girl from her mother’s new romantic relationship. The Black Balloon is an homage to New Yorkers, with all their idiosyncrasies, and the city’s landscape itself. The balloon floats freely through the recognizable terrain of they city, as if it were just another pedestrian.

The Arm, ’92, and Henley are available to watch online.