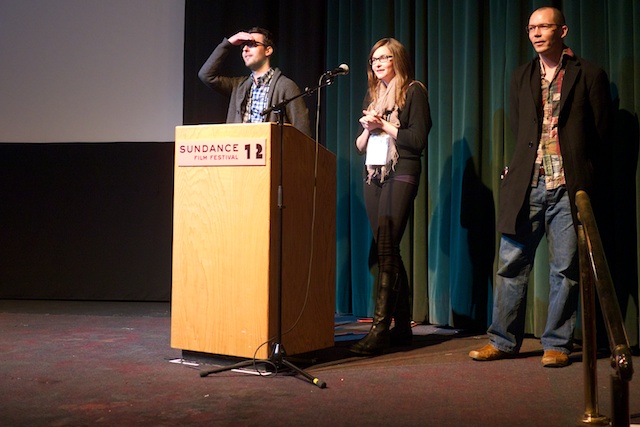 Independent film, depending on how you define it, has had many births. But for the purposes of this blog post, let’s consider the one in the 1980s, just before the launch of this magazine. She’s Gotta Have It, Parting Glances, Poison, True Love — these were narrative features made by lone filmmakers with a mixture of private money and, sometimes, foreign TV deals, and they were released into the marketplace after being acquired by independent distributors who catered to arthouse audiences. More films followed — Clerks, El Mariachi, The Blair Witch Project — and the idea that one could possibly be not just a filmmaker but an “independent filmmaker” was born.

Of course, things change, and I wonder if a new generation for whom media creation is simply part of life even cares about that self-definition. Is making a movie that special anymore? Maybe the ones who really care about the meaning of “independent” are in other fields, like video games. Case in point: the creators profiled in Lisanne Pajot and James Swirsky’s Sundance documentary Indie Game, who evince all the blood, sweat and tears we like to claim as the hallmarks of the independent filmmaker. More importantly, they are creating games during a historical moment that feels both somewhat new and not unlike the rush that the filmmakers behind films like, say, The Blair Witch Project, must have felt when their homemade creations suddenly burst forth on 2,000 screens.

Pajot and Swirsky interviewed 25 game designers before narrowing their film’s focus to three. Braid creator Jonathan Blow (pictured above, at right, with Pajot and Swirsky at the Sundance Q&A) is the eminence grise, the obsessive elder statesman who revolutionized the indie game world with a work that was not only fun to play but emotionally rich. That an indie game could make such an impact, scoring mainstream reviews and selling in the hundreds of thousands of downloads, inspired the film’s other two game designers. Designer Edmund McMillen and programmer Tommy Refenes are the team behind Super Meat Boy, an anarchic and appropriately bloody game in which a boy with no skin hurtles through a world of whirling knives to reach his girlfriend, who is made up of bandages. Their rags-to-riches story is intercut with that of Phil Fish, creator of Fez, a game so heavily buzzed about and so long in development that it’s almost considered vaporware. (By film’s end, it remains unreleased.) Fish seriously talks of wanting to commit suicide due to all the pressure.

What’s great about Indie Game are the choices Pajot and Swirsky have made about what — and what not — to include. There’s little here about the technology itself — just a few screenshots of the creators coding. The history of gaming is collapsed into the Nintendo games of the designer’s youth, and the moment at which Microsoft and Playstation opened up their online storefronts to independent developers. And the business and legal details of the gaming world, which figure prominently in Fish’s tale, are told with broad brushstrokes. What is focused on is creativity — where these creators’ ideas come from, and what the personal and emotional ramifications of pursuing them are. Indeed, you don’t need to be interested in games to enjoy Indie Game. Getting deep into the emotional life of the artist, the film will resonate with anyone pursuing, or interesting in pursuing, a creative endeavor.

The stylishly shot and edited Indie Game works, also, not just because of the skill with which it’s been made but because, as a crowdsourced independent production, it shares the DIY ethos of its subjects. Swirsky says he grew up a gamer and even worked at Electronic Arts as a game tester. “It was the worst job ever,” he said in the post-screening Q&A. “You play the worst version of the game, and the magic disappears very quickly.” Swirsky says that discovering the independent games featured in the movie were what reignited his interest in the field. Also, the film was financed not by a TV network but through Kickstarter. The filmmakers raised their first initial goal of $15,000 in 48 hours and another of $35,000 in 25 hours. Indie Game is the directors’ first feature, and while making it they were aware of the parallels between their own project and those of their subjects. The stories they were chronicling were both “inspirational and cautionary,” admitted Pajot at the Sundance Q&A. “We would quote from the film to each other all the time.”

Although, for many, Indie Game will be their introduction to the very idea of independently-made video games, the film may, in the end, wind up to have been something of a fin de siecle chronicle. Indie Game’s story is already being mainstreamed by Scott Rudin and HBO, who have picked up remake rights. And the extreme dedication shown by McMillen, Tommy Refenes and Fish, who endured not only poverity but the solitary confinement of working in isolation for so long, may become a thing of the past as the videogame market changes. “For every Super Meat Boy, there are 25 teams that don’t finish,” said Blow at the screening. “And it’s easier and easier to get games out there today. There is a big flood of people making games that aren’t as ‘high effort.’ You can make a game for the iPhone in one week. It’s unclear today, though, how to get people to notice anything that’s good.”

For now, though, notice Indie Game. It is good.