DIY AND THE IMPORTANCE OF LIST-BUILDING 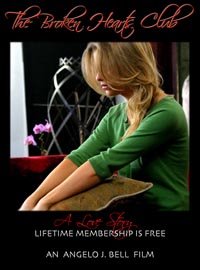 Filmmaker Angelo Bell commented on the thread about Ted Hope’s “38 American Film Problems/Concerns,” calling it an “overexaggeration of the challenges” and responding to several of Ted’s points by saying that what is really happening now is not that business models are failing but that there is a “power shift” from studios/producers to individual filmmakers committed to exploring DIY approaches. As I said in my blog post, what Ted did was write an amazingly comprehensive list on which every filmmaker will find several points to agree with. That said, many of the points will be ignorable by each individual filmmaker as well. Bell’s comment makes clear that for some filmmakers the mulling over of different business models is an academic exercise to be contemplated after all the work involved with releasing a film is done. I checked out Bell’s site and was led to his blog, 1001 Positively True Stories of an Independent Filmmaker, which discusses his new film, The Broken Hearts Club, premiering at the Hollywood Black Film Festival on June 5. On the blog he’s got a number of posts discussing his application of various social networking and community-building techniques to the grass roots marketing of his film, and he’s pretty honest about the results.

Building an opt-in email list is better and more important than any social media tool, network or device on the planet. This includes Myspace, Facebook, and the growing Twitter. The reason why is simple yet I see many people clinging to the bells & whistles of social media based on the media attention heaped on these social networking platforms. Alas, I do not chastise these folks because I am one of them.

I have always known the importance of an opt-in email list and many of my sites have implemented a tool to collect email list. Opt-in email list are important because they involve a choice. A choice that some random person on the Internet makes to give you their contact information in exchange for relevant, regular and timely information. Basically it is about interest. I have collected email addresses but I have relied on social media tools to “get out my message.” Wrong action. Social media should be the second phase of my publicity plan, not the primary phase.

In another post, “Insomnia Pays Off,” he warns filmmakers to check their B-Side pages to make sure the most current marketing materials are uploaded there, bringing up a minor horror story in the process. 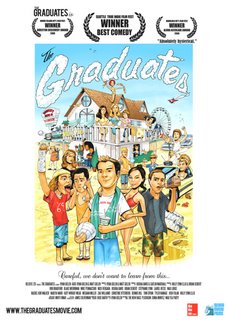 Another post pointed to the TrustMovies blog and a post there entitled “The Gielens’ The Graduates, a movie you never heard of but might.” At TrustFilm, James van Maanen interviews Matt Gielen, executive producer of The Graduates, directed by his older brother Ryan and shot on a $95,000 budget. The film is being self-distributed by the filmmakers, and the interview discuses their strategy in doing so. Van Maanen describes the film as “a coming-of-age opus that tracks a week at the Ocean City, Maryland, shore with four friends, one’s older brother, and a few of their girls” and says it has “decent performances… a smart line of dialogue now and again, an attractive cast, but not plot or even events to speak of.” In other words, this is a film that seemingly is targeting a mainstream summer movie-going audience, typically the toughest crowd to self-distribute to.

The interview has good advice about applying to film festivals, and then this exchange about marketing and, again, lists:

Gielen: IndieFliks is going to be dealing with our distribution — via Amazon, Netflix, Hulu (hi-end digital streaming), and the like. This will be just part of the distribution. We’re also having one of our producers reach out to every single independent theatre in the entire country. He spent six weeks getting a database and spread sheet on these theatres and is now starting to reach them. We have a one-week run coming up in the Baltimore area — where our family is from.

TrustFilm:This was part of this independent theatre outreach? Where in Baltimore?

Gielen: We’re opening Friday, 5/15, at the R/C Hollywood Cinema Four, just outside of Baltimore. [It is currently running there through the 20th.] We’ll be making personal appearances: Ryan will be doing a brief intro and then a brief Q& A afterward. Regarding marketing, we’re going nationally to any web site dealing with comedy, humor, college kids, etc. We’ll refine it to Maryland, where we data-based every possible news outlet in state. We’re looking at having articles in 6-7 newspapers, maybe 20 blog postings, a couple of radio appearances between now and screening time. And this is just the traditional media outreach. We’ve also geo-targeted and reached out to everyone on Facebook, YouTube, My Space, and Twitter accounts.

And one more important thing no self-distributing filmmaker should ever forget: Grow Your List. From day zero of development, collect every single email address that comes your way. Have everyone who stops by the set, friends of extras on up — everyone — get their email address. We now have a 50,000 strong email list that will help us market and sell the film. We also give away our soundtrack, which feature 25 songs from some incredible indie bands. We made an agreement with all of them for profit sharing.

Trailers for The Broken Hearts Club and The Graduates are below, and their sites are linked above.

The Graduates Trailer from Ryan Gielen on Vimeo.