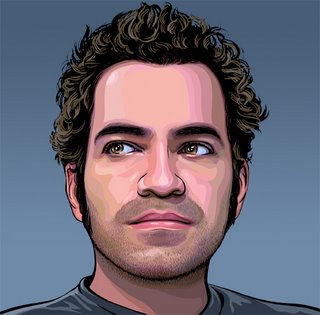 When we last checked in with producer and director Tommy Pallotta, he was talking about distributing his latest documentary, American Prince, through BitTorrent for free download by filesharers… but he hadn’t done it yet. Now he has. You can download the torrent uploaded by the filmmaker himself here at Mininova. And here’s the description on the page:

In 1978, director Martin Scorsese turned his camera on his friend and roommate, Steven Prince, with his lost documentary American Boy. Best known for his role as the gun salesman in Taxi Driver, Prince was a true-life raconteur, actor, ex-drug addict, and road manager for Neil Diamond. To Scorsese, Steven’s life was more fascinating than what any screenwriter could dream up, it had to be captured in celluloid. To Tarantino, one of the most memorable scenes in film history is an homage that actually happened to Prince in real life. Three decades later, filmmaker Tommy Pallotta draws out Steven Prince to recount his days since American Boy and to compose the next chapter of his story.

Pallotta has also given an interview to TorrentFreak in which he discusses his love of BitTorrent and his reasons for uploading his movie:

TF: Why did you decide to release American Prince for free on BitTorrent and what do you expect from it?

Tommy: Scorsese’s American Boy has been and is still generally unavailable for over 30 years, yet so many filmmakers have been influenced by it. The way we saw it is through multi-generational VHS tapes. Now with BitTorrent, there is a whole new audience and generation ready to be influenced by that film and I hope mine. Steven Prince is a gold mine of future cinema scenes and I hope a whole new generation of filmmakers will understand how he has influenced American cinema. My biggest expectation is that the most people possible will watch my film! Also, I would really like to encourage people to talk about the film, with each other as well as on the Internet. It would make me happy to see Wikipedia entries and IMDB boards as well as Internet sites. I would love for people to get together and have screenings of it with their friends, or for universities to suggest to their class for the students to watch it. I look at American Prince as the film school I never had, what I always imagined film school to be.

TF: Do you think that the Internet and file-sharing technology will play an important role in shaping the future of film distribution?

Tommy: I absolutely believe how we watch and share movies will shape the future of film distribution. I believe it will have such a profound influence that it will even change how movies are made. I think it is a win-win for the filmmakers and the viewers. Filmmakers will have a more direct reach with audience and viewers have more to choose from. I wanted to release this film in support of file sharing and to prove to myself and others that it can have a profoundly positive effect.