That’s the number of days it has been since I was in Austin, TX. My wife and I moved there right after working a full season at the Maine Workshops, and the moment we arrived we realized we absolutely loved the place…and there was no way we could stay. At the time (and until I’m dead it seems) I owed an incredible amount of money in school loans and 2004 seemed to be the year everyone decided to stay, or move to Austin…I considered working at Jamba Juice after two months without a job…I said “considered.” We were flat broke. As I drove my packed-to-the-brim pickup on a non-stop drive from Austin to Rochester, N.Y. (thank god for Red Bull and NPR) I had time to reflect on what a great city it was and how I vowed to be back soon. But that’s life and it’s taken seven years. 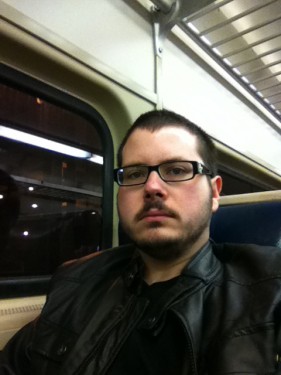 So I’ve been struggling with how to cover the festival, and after about the millionth PR email I realized I need to cover this how I do everything…honestly. I’m a micro-budget filmmaker from upstate N.Y. and that’s how I’m going to take it in. There are going to be plenty of media outlets covering the festival in a traditional manner; as there should be. This series is for the filmmaker living two hours from a major city, or the hobbyist just starting to make a living working on the fringes of the industry. I will be looking to establish a broader understanding of what micro means by embracing the spirit of DIY and community that exists in most every project. I don’t plan on reviewing films unless they are relevant to a specific topic, and I hope to collaborate with filmmakers and artists at the festival.

I’ll start things off with a short piece by Raghu Jeganathan about the concept of form v. function. As I head out on this week of discovery I think his piece strikes a good first chord. What is more important, the stories we tell, how we tell them, or what we tell them with? SXSW seems like a place where all of these questions are on the tip of everyone’s brain.

What makes a film? I mean, what makes a film good or great or memorable or emotional or use any adjective that would suit you but basically one that evokes some kind of a visceral response from you – with “form” and “function” being the key differential parameters? It’s obvious we might all concur this is a highly subjective issue, and before we jump in to say that form AND function are equally important in creating a film of value (because that’s the easy answer out), let’s explore if one triumphs over the other at least a wee bit.

I really wouldn’t go this extra mile to make a point if my brain didn’t veer towards a state of atrophy where, as an audience, the films I get to watch no longer seem to challenge my status quo, or stimulate me or do so little as to rouse me from my state of apathy. As a filmmaker too, I really do wish I could push myself to that edge of my creative self. Because somewhere I feel the need to be shaken up and stirred as much as I would like to stir and shake things up through my works. But primarily, let me just argue as a member of the informed and media-savvy audience.

So I asked myself, Why this atrophy? Have filmmakers lost the ability to be inspired enough to create something of value or have they started mistaking gimmicks for story-telling in an attempt to awaken the audience? Have they been sidetracked by things in the new “quickie” filmmaking era that they have bypassed the essence of story and content and instead are in pursuit of hypervisuals and are resorting to creating series of montages and call them er…films?

For this purpose, let’s define form and function.

We can frame this in many ways obviously. One key and very done-to-death way would be to ask, “Would you like a film that has an engrossing story or interesting relatable characters, but is averagely visually-executed OR would you like a film that looks great visually/aesthetically but has an average, less interesting story?” (I know we want the best of both, but humor me.) This is pertinent to both low-budget indie films, tentpole blockbusters, and anything in between.

Of late, with the advent of low-cost technology and the democratization of media and filmmaking, it’s hard to distinguish what’s really “good”, or watchable, or capable of grabbing our attention. In the indie scene, HDSLRs and other digital cameras have been revolutionizing the filmmaking world in terms of a film’s aesthetic, but after all the novelty runs out, we only see saturated versions of the same thing over and over again with no emphasis on function or content. The other things we see are things like how 3D cinematography is the next best thing, or how HD is going to change the face of filmmaking, (which it already is) or how the Canon C300 compares to Red Scarlet, or that this is the first film to have used such advanced technology, etc. 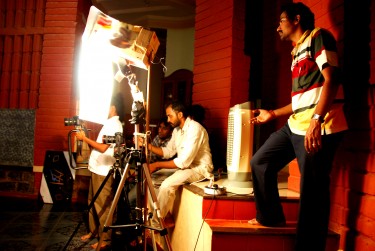 Which brings us to the next question. Now that everyone can create great images with shallow depth of field, use a good color grading tool to render unbelievable color details to get that “feel”, or be able to access that 4K camera which was earlier unattainable; is that enough to make us go “wow” and say that “this film means something”. I mean, really feel viscerally for the story and characters unfolding on-screen?

Are we being bombarded with the peripheral aspects of filmmaking and made to focus AND feed on the mass-hype being generated by the corporate media big-wigs or the low-end social media audience-gathering trend? (Which is totally fine considering the current media landscape.) Have we started promoting more than what is essentially needed?

As a collaborative creator, I look at all this and can only think, shall we now focus on “what” the film is about? Shall we focus on why a particular scene or character works here in the script? Shall we move past the glamour and glitz and see the spine of the film? Questions like that.

I understand many would be quick to point out that the form and function are inseparable, because a particular kind of form (technique) would eventually lead to a particular function (purpose) of a film to evoke a certain feeling. Yes, I don’t discount that argument. But there has to be a “function” available in the first place for a particular form to take shape, right? Because it reminds of an article about critic Pauline Kael who supposedly completely rejects “technique” in film by embracing only story and content. It is an endless debate, yes, but seriously, I no longer feel enthralled by a “bullet-time” or a “360 degree freeze frame” or a “1000 frame/sec slow-mo effect” because I am exhausted with the hyper-visuals IF there is no hyper-context within the universe of that particular film.

So, essentially, what more and more seems relevant to me now is what you put in the scene, rather than how you execute it. I mean, if you don’t create something that makes one iota of sense, does it qualify as good cinema? Or does it even justify itself being made? Or does the filmmaker even have to bother?

I say, let’s forgo form as a primary parameter, and instead focus on the function of a film, with respect to what it is about. Let form be a subset of function. Let the function determine what style or technique should follow. Maybe then we’ll create something substantial that will establish us as artists or expressionists who will strike a chord at the hearts of the audience or maybe then as an audience we will be forced to respond to the film in a visceral-evocative way. As an audience, I want to feel connected, I want to keep the hope, I want to relate somewhere with what’s on screen or with someone in the story, so that somehow some meaning will be established in our mundane lives. Isn’t that what movies are made of?

I have to say I often find myself shaking my head at what I’m watching, or asked to watch. It is very clear that a large majority of audiences actually prefer style vs. function. I think when Raghu says form he means more of a paint by numbers oil painting vs. a masterpiece work of art…this is the difference between just the physical and visual form of a work and it’s visceral impact on it’s audience. I also agree that the over-hyper use of technology is reaching fetich like proportions in certain circles…they are obsessed over to the point that they negate function and allow films to be mere vessels for cool effects

Side Note: Yesterday Apple announced it’s improved version of the iPad to what seemed like a fanfare of self horn-tooting revolution. After thinking about it, and becoming quite sad, I wrote something up on Facebook that was less than cheery and certainly not very thought out. Scott, our editor-and-chief, immediately called me out on my BS and made me confront the real reason I found myself on the edge of trolling. When I was younger and full of ideals I always though companies like Apple were shaping the world we live in for the better. They seemed to have a plan that transcended profit and consumerism. I wasn’t naive enough to think that they didn’t need to make money, but the number one goal always seemed to be pushing the boundaries of how we communicated and what the future would look like. Reality is being shaped at every moment, and they seemed to be fighting the good fight. Well yesterday it just became painfully clear that not only is Apple just like any other electronics company, but our accomplishments are getting very lackluster. Where is the world that gets excited about Mars travel, finding the Higgs Boson, and unlocking the mysteries of the universe? I’m not saying they are not out there, I’m just seeing a larger majority that get excited about the resolution of a tablet screen and the size of an imaging senor. We seem to be living in a dark age on the cusp of a renaissance where all of the great things we can do are not flogged in the name of profit. How will that happen? I put it to all of us to find a way.

We’d never turn down the chance to hear from you, especially microbudget fans and filmmakers. We are expanding our content to include genre, filmmaker journals, and the business of all things indie. To become part of the conversation please send us your thoughts, responses, and questions.

I will be around, so make sure to shot me an email…conversations always go better face to face.