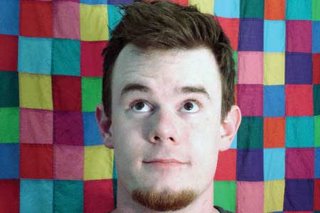 In “A Filmmaker’s Glamorous Life,” online and in our latest print edition, Esther Robinson surveyed a number of filmmakers about the jobs they’ve taken to support themselves when they are not making films. Over the next few days on the blog we’ll run the unedited responses we received that were then condensed for the piece. First up: Joe Swanberg.

Swanberg: Now I’m able to support myself as a filmmaker, but during the making of my first two features I worked as a web designer, and I worked for two installments of the Chicago International Film Festival.

Filmmaker: What was good/not good about these jobs?

Swanberg: I taught myself web design and HTML when I was in film school, knowing my degree would be fairly worthless in the real world. I wanted a solid skill that could bring in money. I worked for a web company in Chicago for the first two years after I graduated, then I did freelance web design for another year. The money from that job paid for my first two films. The company was really cool about giving me days off or letting me work half-days when I needed to shoot. My boss knew I wanted to be a filmmaker and was very supportive. He even has a cameo in my second film, LOL.

My job with the Chicago International Film Festival was great. It was seasonal, so I worked there August through October. I was in charge of booking the flights and hotels for the visiting filmmakers. It wasn’t creative work, but I learned so much about the way film festivals run. I worked directly under the main programmer, so I got a firsthand glimpse at how the festival was programmed. I also learned the names of all the distribution and sales companies and who worked for them. I learned about the important International festivals and how their tastes run. I also got to meet most of the filmmakers, because often when they arrived I was the only person they had directly spoken to or emailed with. I did that job for two years, and I still use the knowledge that I gained from that job on a weekly basis. I also met Ryan Werner when I worked that job and we would run into each other every once in a while over the next few years. I don’t think it’s a coincidence that IFC Films, who Ryan now works for, took a chance on my third feature, Hannah Takes the Stairs, and has distributed my two subsequent films.

Filmmaker: What’s the best second job you had?

Swanberg: In between my third and fourth features I needed money and took a job teaching a directing class at a non-profit in Chicago called Chicago Filmmakers.

Swanberg: I learned so much from the job. I had eight students of different ages, backgrounds and skill levels. All of them were older than me. Through teaching them to work with actors, I was able to recognize several mistakes I commonly made. Hopefully I was able to correct them in the students and myself.

Swanberg: The web design job was ideal because I was able to be creative but I wasn’t personally attached to the work. It didn’t have any cross-over with my films, so I didn’t feel like I was spending my energy working on other people’s projects. When I take film related work for money I always end up caught between wanting to do a good job and not wanting to give away too much of my personality and energy. I was able to interact with people and develop business skills while still having a flexible schedule to work on my films. Freelance is even better because I tend to be a night person, so I was able to do the work stuff whenever I felt like it and set the film schedule around my actors. If I have to take a second job again, I will most likely look for web work or teaching work.

Joe Swanberg (b. 1981) is a filmmaker who also creates episodic short-form content for the Web. His most recent films are Hannah Takes the Stairs, Nights and Weekends, and Alexander the Last. His Web shows include Young American Bodies and The Stagg Party, which can be found on IFC.com, and Butterknife, which is available on Spout.com. He lives in Chicago, IL.