TORONTO — THE BEST LAID PLANS: ACCIDENT AND THE DISAPPEARANCE OF ALICE CREED 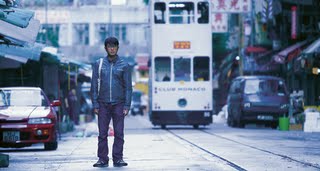 Industry friendly genre films are always top draws at film festivals, and So Chiang’s Accident, produced by Johnny To and straight from Venice, has a diabolical premise that calls out for an English-language remake. A team of hit-men and women meticulously stage their killings to appear as accidents. Chiang takes an Argento-like glee in these elaborate projects, which are part Rube Goldberg and part Al Queda training manual. Balloons float into the sky to block ever-present security cameras; minor car crashes set off chain reactions leading to neck-slicing rain showers of shattered glass; the slicked-down streets found in so many Hong Kong neo-noirs are here not just scenic backdrop but conductors of errant train-rail electricity. Victims out for a walk are collided with, sliced and diced, and fried. Of course, when unplanned accidents start knocking off the hitmen, the team’s leader (Louis Koo) wonders whether they are truly accidents or doublecrosses. Most interesting about Accident is its depiction of urban space. Chiang wields his camera like a scalpel, cutting the city into a series of tightly composed fragments. His shot construction underscores the idea that the city is not a unified place, an environment housing a community, but simply a latticework of dangers signifying our own mortality. 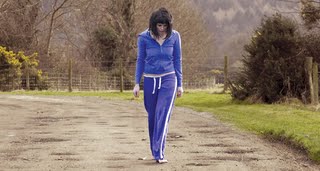 Similarly circumscribed in its focus is U.K. director J Blakeson’s feature debut, The Disappearance of Alice Creed, a coolly efficient genre film that is a Toronto discovery. It will surely be picked up for U.S. distribution, and Blakeson will be sought after by agents and managers.

In The Disappearance of Alice Creed, the film’s limited set of locations — before the third act, most of the movie is set in a two-room apartment — is not a metaphor for anything; Blakeson’s camera just shows you all that’s needed to convey the essence of his story and nothing more. The opening, a series of quickshots in which our two kidnappers (Eddie Marsan and Martin Compston) outfit a stash house with soundproofed walls, a locked metal door, and a bondage bed before nabbing their victim, played by Gemma Arterton, off the street and into a waiting van, has an appropriately brutal precision. The film becomes a little reminiscent of Danny Boyle’s Shallow Grave as it progresses, with the kidnappers and victim locked in escalating bouts of psychological gamesmanship. Shot on the Isle of Man, the film shows us no news reports, worried relatives, money drops or police action. The narrative explores issues of sexuality and gender, but only to provide more twists. In the end, the digitally-shot The Disappearance of Alice Creed doesn’t resonate with deep subtext, and one doesn’t walk away from it feeling like a larger statement is being made. Still, by executing perfectly and not overreaching, the film is not only a strong debut but also a model of efficient low-budget storytelling and production.