COULD YOU BE LOVED: KEVIN MACDONALD’S “MARLEY” 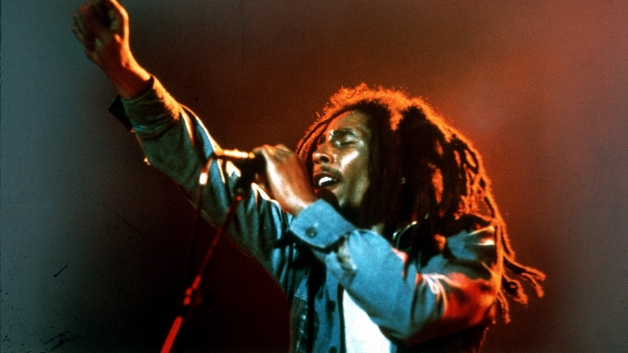 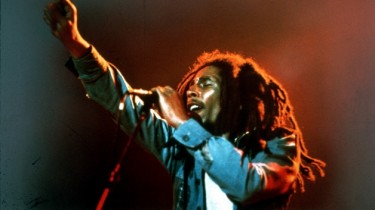 At first it seems curious that the starting point of this brilliant, definitive documentary about the late Jamaican reggae sensation Bob Marley is archival footage of Cape Coast Castle in Ghana, the facility from which 60 million Africans were crammed through the Door of No Return to commence lives of total servitude in the West.

Marley was the offspring of a black Jamaican mother and a white English father (who posed as a captain), whom he met only a handful of times. In the film there is no mention of slavery in the family history. Late in this elegantly elliptical movie, Marley himself finally gets to Africa, putting on concerts to promote tolerance and to defuse violence. (African audiences were initially resistant to his music.)

Then you realize that director Kevin Macdonald’s temporal construction makes perfect sense. The geographical trajectory is but one of several journeys around which the director, adept at both fiction (The Last King of Scotland) and documentary (10 Days in September),  constructs his ambitious project about the shy, half-caste “outsider,” who was bullied as a child because of his white blood. Narrative strands are intertwined: Everything fits snugly together. The film, if I may broaden the usage of the term, is itself peripatetic.

Marley attempted to fuse two seemingly incompatible goals: to be recognized as a black man yet, later on, to find an equilibrium in his biracial heritage. The few extant photos from his youth reveal a light-colored male with almost totally Caucasian features. His quest for self-integration broadened into committed advocacy for equality for all races, for all peoples. We must learn to focus on our similarities rather than our differences and live in harmony.

Early in the film Macdonald shows footage of the hillside shack in the poor and tiny but verdant Jamaican hamlet of Nine Mile in St. Ann, where he was born in 1945 and lived with his mother until they relocated during his teen years to the notorious Trench Town slum of Kingston, which was the source pool for the country’s best musicians.

He got into music (one friend says he saw it as a way out of the poverty cycle), and after recording several solo discs that found no audience, formed a band with friends that specialized in ska, a secular Jamaican music that, with one offbeat jump, evolved into reggae. The group became known as Bob Marley and the Wailers, with Marley serving as lead soloist and rhythm guitarist. It’s worth noting that the band was heavily influenced by American music of the time (the ‘60s) — their fine, souped-up ska version of Dino and the Belmont’s sappy Teenager in Love de-kitches the original.

Selassie Is the Chapel

At 17 Marley became interested in Rastafarianism, the basic tenet of which is that Ethiopian leader Haile Selassie was the reincarnation of Jesus Christ. The justification is from quotations in the Book of Revelations. Rastafarianism emphasizes doing good and treating one’s body like a temple, which of course includes a respect for one’s natural hair; hence the dreadlocks.

Getting high on ganja is considered more spiritual than recreational and is encouraged. The religious affiliation, though, pigeonholed him once more as an outsider. Rastas were looked down upon in Kingston, and not even allowed uptown into the nicer neighborhoods. Marley rarely got bent out of shape over such matters. “Sister, I bring the ghetto uptown,” he said defiantly and brought his large brood to stay in the elegant suburbs.

His music reflected his new-found spiritualism. It became more socially conscious, the lyrics more reverent, the pace sometimes a bit slower. Once he embarked upon this path, it informed much of his art.

He eventually found success at home and a cult following in the U.S. A persistent problem, though, obsessed him and his pals: They could not reach a black audience. Desperate to connect, he humbled himself and opened in New York at Madison Square Garden for the less-talented group The Commodores, who had a large black following. The strategy worked—the concert was a smash.

The black-and-white blend did not always work in his favor: A toe injury revealed that he had a melanoma that derived from the genes on his father’s side. He essentially forgot about it, as did his entourage, and the unmonitored cancer spread and killed him in 1981 at the age of 36.

Stand Up for Your Rights

No intellectual, and relatively inarticulate, Marley’s political leanings were imprecise and general, but progressive. He used concerts as weapons, tools to ease the tension between bitterly opposing political parties in Jamaica. He even enticed the professed foes who led those parties to come up on stage and hold up their hands together with him. His refusal to openly support either of them triggered some negative responses, like a major assassination attempt on him, his wife Rita, and his manager just before the concert of reconciliation. It was confusing: No one really knew which party dispatched the would-be killers.

Macdonald doesn’t dwell too long on Marley’s personal life, itself a convoluted band of unconventional relationships and friendships. He sired seven children with 11 different women, though Rita remained by his side (she was also one of his three back-up singers, known as the I-Three). “I was his guardian angel,” she tells us. Yet, in perhaps a microcosm of his passion for peaceful coexistence in the larger sphere, they all seemed to get along and function together.

No Woman No Cry

Women were strongly attracted to Marley. In terms of his kids, he was not skilled in fatherhood. “He was not a lovey-dovey father,” says his son Ziggy, an executive producer on the film (with Chris Blackwell). “He was a rough man.” He was also, strangely enough, fiercely competitive. Success was the paramount goal, whether on the stage (he complied with producers’ demands to make his music more commercial, while some of his more militant colleagues refused) or on the soccer or cricket field.

Macdonald deftly fuses the audio and visual tracks of this nearly two-and-a-half hour film. Songs, either from concert appearances or recordings but always relevant to the subject at hand, add resonance to individual scenes. Not only does a compendium of great music emerge (he had the Marley family’s permission to use what he wanted), it keeps the narrative from becoming sluggish, as biographies often are.

The camera is rarely fixed, whether taking in concert footage or still photographs (often superimposed or jazzily cut, with the similar feel of sharp collision you get from jagged scenes in action comics). It is all about movement, propulsive, not unlike the performer himself letting loose on stage.

Overhead and other tracking shots help energize the assorted locations Marley lived in or visited (mostly in Jamaica and the UK). Much of the editing is staccato. The kineticism gives the necessarily more static talking heads—the interviews are excellent—a gravitas of their own, never boring or trying. (It of course helps that the subjects are fascinating storytellers.) It’s all about balance, and Macdonald has the intuition and talent to carry it off. Pure of spirit and no slave to dogma, Bob Marley has provided a legacy that will remain the gift that keeps on giving.