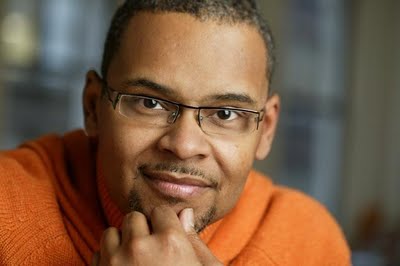 When I was first approached to blog for Filmmaker, I thought: “I’m too new at this to say anything anyone would want to read.” It turns out that my naiveté and fresh perspective are the very things that Scott was looking for. So here goes…

My name is Ron Simons (commonly misspelled Simon or Simmons), and I’m producer of the film Night Catches Us, which premieres in the Dramatic Competition at Sundance 2010. I am new to the field of indie films as a producer as this is my first film.

What a trip so far! At every stage of the process from casting to pre-production to wrapping to editing, I kept saying: “Well now at least, the hard part is done.” I now realize the error of my ways and just shut the hell up!

My background is a little bit of a patch quilt. Most recently I have been working (and still do) as a professional actor based in NYC. I earned my MFA in acting from the U-Dub’s (that’s Univ. of Washington) Professional Actor’s Training Program. Before that I was a marketing manager at Microsoft, and before that I developed manufacturing systems and then later became a Knowledge Engineer (designing Artificial Intelligence systems).

Now I find myself headed to Sundance (for the first time) representing a for real, live, indie feature film!

Although I’ve been told by a ton of people what to expect, I’ve concluded that everyone has a different experience there and so, in some ways, I’m as clueless as to what lies ahead as I was before I learned we were going. Common themes seem to be: you’ll be busy as hell the first weekend then you can chill out (a bit) as the cacophony of activity subsides, and, you’ll meet lots of cool people with common interests; oh and you will get sick somewhere along the line.

As it stands now at 10:30pm on Wednesday night before my 6:30am flight to SLC, I can’t really think about that. What’s immediately in front of me is packing. (How did I wait until the last minute AGAIN?).

I’d thought I’d had a handle on my first week’s calendar including attending events like “Columbia at Sundance” and the “Black Women in Entertainment” panel and my film’s premier Saturday afternoon. That was until two days ago when I got a list of press junkets from our press agent that wiped out my weekend entirely. On the plane I plan to enter all the interviews and tapings and “webinars” that’ve been scheduled for me — including makeup at 7:30am! I don’t even eat breakfast that early!

When asked what I hope to accomplish at Sundance, my canned (though truthful) response is to sell my movie and pique some people’s interest to surf the web and learn a little something about the Black Power movement. And while that’s true, I secretly long for a few days to just chill, meet interesting people and see some good movies. I intentionally scheduled my trip to stay the entire 10 days with the hope that I may be able to do some of that in the last 3 or 4 days. The ideal Sundance would be to accomplish all the above and find some interested parties to help me produce my next project in the wings. Seems the only thing I can really control over the next 11 days is to commit myself to having fun and not take it all too seriously. Wish me luck!