AT CANNES: THE CRONENBERG METHOD 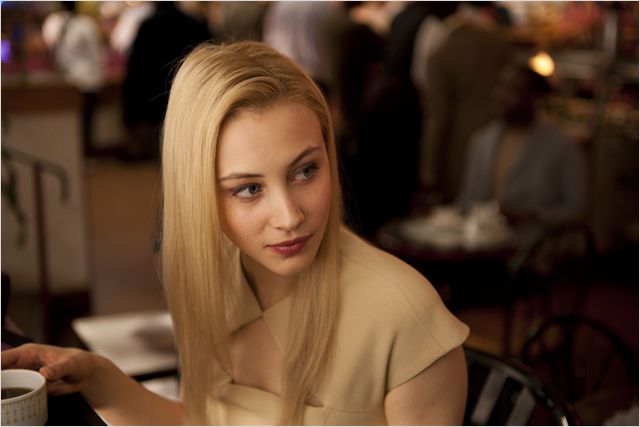 As Toronto Film Festival head Cameron Bailey said by way of introducing a conversation with directors David Cronenberg and Brandon Cronenberg here at the Cannes Film Festival, 2012 is the first time the event has ever featured father and son filmmakers in the official selection. Pere Cronenberg’s Cosmopolis is a hotly anticipated title in the Official Competition. (Perhaps “ruefully anticipated” is a more accurate description; the film plays Saturday; many journalists, myself included, will be back home; and there have been no advance press screenings.) Antiviral, son Cronenberg’s foray into body horror and celebrity culture, is in Un Certain Regard. “It took me 20 years to get to Cannes and he’s walking up the red carpet on his first film,” the elder quipped at the start of the conversation, a jocular talk in which both men circled and deflected issues of influence anxiety. “Getting into filmmaking, I tried not to worry about what my dad has done and just do what’s interesting to me,” Brandon said, while noting that the two “share similar interests.” Those “similar interests” are not necessarily the obvious ones. “I was always ‘the nature boy,'” he said about growing up in Canada. “And [Brandon and I] share a science-biology-animal thing, an affection for the strangeness of life of animal life on Earth.”

When it comes to films, Brandon joked that the only film of his dad’s he’s seen is Fast Company. And when Bailey asked the first film they remember watching together, both men said Airplane. “And he didn’t laugh,” Brandon said about his dad. “It’s a serious film,” David said. Of scary films and parental controls, David said he and his wife have never tried to shape their kids’ viewing, or to grant — or deny — permission. “Kids have their own sensory mechanisms and they know when they’re readying to see things,” David said. “And it’s different for each kid. They find their own level of comfort.” When asked the first movie he remembers viewing, David pulled out that old chestnut, Bambi. “It’s the most terrifying film I’ve ever seen,” he said.

The best part of the conversation came when the two discussed Brandon’s work in the special effects department of eXistenZ and how that job shaped him as a director. “It’s one thing to hang out on a set and another to work on a set and to understand the work — all that day-to-day slogging.” “I’m pretty anti-social and reclusive,” said Brandon, “but for some reason I feel really comfortable on a film set. There’s so much to do and no time to [stress out].” This exchange was followed by comments by David on his way of working with actors, which provide insight for not only his fans but young filmmakers grappling with this same issue:

Seeing, watching movies is the prep [for making them]. You see what [style of acting] you like, how stylized, over dramatic, underdramatic. You understand what you want. I don’t rehearse. I say [to the actors], “Say the stuff and be great.” And then I tweak it. Professional actors come with a plan, an idea, and if it’s not right, we’ll finesse it. Sarah Gadon came in with a great plan for Cosmopolis. I used to be afraid of actors — they were the bulls in my china shop. I would have only a few days [to shoot complicated scenes with effects]. And then I realized you could say to an actor that they couldn’t [say their line at a certain place] because you couldn’t afford to light the window. There’s an honesty you can have with some actors — and a dishonesty with others.

Pictured above, Sarah Gadon, who appears in both Cosmopolis (pictured) and Antiviral.