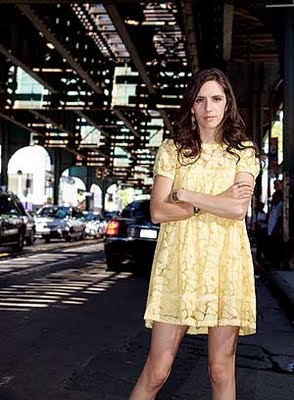 In the new issue of Filmmaker, Esther Robinson penned “The Big Art/Little Debt Plan,” which discusses the relation of filmmakers to risk, their films, and their money. She reached out to several filmmakers by email, and their responses helped shape her article. We are running several of the responses Esther received here on the blog. Below is the one from Paola Mendoza, director of Entre Nos.

What strategies did you employ to stay no/low debt during your production?

My strategy was pretty simple: I refused to go into debt. While making art is the essence of who I am, I cannot make art at the expense of my future and my family’s future. If I cannot find a creative way to tell stories without spending my money irresponsibly than I shouldn’t be telling stories or making movies. The same creative energy I put into writing, directing, acting I put into making movies with little or no money. In the case of Autumn’s Eyes (feature doc) that meant borrowing cars, tape stock, asking people who loved me for their ez passes, asking huge favors from friends and colleagues to work for free or very little money. We built a community around the film, that believed in the story, they believed in us, they believed in our vision. In the end it was that community that allowed us to finish the film for under 4k. My co-director Gabriel Noble and I split the cost over two years of production, which means that I never didn’t pay my rent to make our movie…

In the case of Entre Nos (feature narrative) again I was very clear that I would not go into debt to make the film. I made a deal with myself if I couldn’t raise the money I would not make the film. I think this ultimatum with myself actually made me work harder to find the money because I knew the only way to make the film was to find the money. Yet again the success of Entre Nos was building our community…from our investors to our PA’s we all sacrificed we all worked hard and we were all part of the film.

In what ways did it effect your production positively? Negatively?

As anything else in life when you have very little at your disposal you have no other choice but to be creative. I just returned from Cuba and the Cuban people are the most creative people on the planet… they have a saying there “lo resolvemos” which translates to we’ll resolve it which is very frequently followed by “no es facil” it’s not easy… words to live by as an indie filmmaker.

Did it change your attitude or options going into post? Fest circuit? Distribution negotiations? How will this approach affect you going forward?

Committing to making a certain type of movie and committing to making sure I don’t go into debt can be exhausting and sometimes very frustrating. At times the fast money from a credit card can seem so easy but since I have made three movies without going into debt I now KNOW I can’t do it any other way. I can’t trick or lie to myself…so this is the path I have chosen…this is where I will remain through the good and the bad.

What limitations/possibilities could you see it having for other filmmakers?

I never studied film so I don’t have any idea of how your supposed to make a movie… I only know how I make movies. Meaning some filmmakers can’t imagine making a film without a 2nd AD or even a 3rd AD but to be honest I don’t even know what a 3rd AD does… So in my ignorance I have found a lot of freedom to be creative on HOW to get my movies MADE. I’m very lucky in that respect because so often I have heard directors say I can’t make my movie without XY and Z meanwhile all I need is X cause Y and Z are luxuries. I understand this will not work for all filmmakers or for all movies…so you have to know your story and know what type of filmmaker you are.

What advice would you give filmmakers in this regard?

The same creative energy you use when writing and directing use when dealing with money… and somehow someway find the joy in it… you’ll be happier for it.