MARIELLE HELLER AT THE SUNDANCE DIRECTORS LAB, PART ONE

by Marielle Heller
in Filmmaking
on Jun 7, 2012 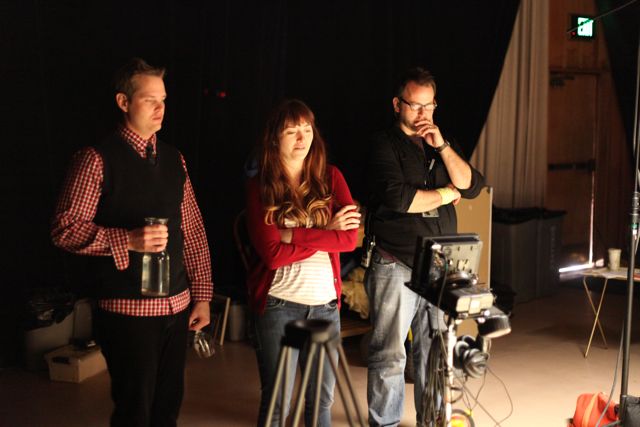 Marielle Heller, a New York-based screenwriter, actor and playwright, is attending the June Sundance Directors Lab with her project, The Diary of a Teenage Girl. “In the haze of 1970’s San Francisco, a teenage artist with a brutally honest perspective tries to navigate her way through an affair with her mother’s boyfriend,” is its description, and the film is being adapted from the graphic novel by Phoebe Gloeckner. Here is Heller’s first blog post from the Sundance Resort in Utah.

It’s the end of our first week of four at the Sundance Directors Lab. I feel as though I’ve been here for a month already – in a good way. We’ve spent the first week doing day-long workshops, getting to know each other and our crews, doing practice scenes and acclimating to the altitude.

Gyula Gazdag’s “Using the Camera To Tell a Story” was the workshop on our second day. I was afraid that I would be out of my element, having never directed for the camera before, coming from a background in theater and acting. We were asked to each bring in a scene from a movie, any movie, storyboard it, study it, and be prepared to discuss the filmmaking that was present. As we went through each of the scenes, Gyula led us through detailed discussions about how the camera blocking, angles and movements tell a story – a purely theoretical idea for me before this workshop. There was a moment for me in the day, when it clicked. One of the other fellows brought up a scene from The Beat That My Heart Skipped, by Jacques Audiard. In the scene, a character is talking about his relationship with his father. He’s in the foreground, exposing the right side of his face, while he talks about his hatred for his father, and how put upon he felt by his father’s neediness. As the camera pulls around behind him, revealing the other side of his face and dropping down, his voice cracks, and he reveals how his disdain for his father morphed to love when he took sick. In this single move, we literally see the other side of this character. The rhythm of the camera move sneaks up on you, reinforcing the story of the scene and revealing the emotional heart behind it. And I realize: this is like Shakespeare (the theater nerd in me rears her head, even in a film lab). The first time I understood scansion (the rhythm of Shakespeare’s language) and why it was more than just a sing-songy way of talking, was in Joe Olivieri’s Shakespeare class at UCLA. He had broken down the basics of scansion – the rules of iambic pentameter, and the normal ways that the rules get broken. He then presented us with a line of Shakespeare (if I had my notes with me in Utah I would quote it), and asked us to scan the line. We all struggled with it, unable to find the rhythm, and then Joe told us, “Look at the content of the line – the character is limping, and so is the rhythm”. And right then I realized what a genius Shakespeare was, and what a great tool scansion is for story-telling, because even if it wasn’t conscious, you would feel the limping in that line. Scansion serves to subconsciously affect the audience, guiding their ears to the important words, and reinforcing what is happening in the action with these subtle clues. And artful camera work does the same thing – subconsciously giving insight to the audience about the story and characters – guiding your eye, giving clues about the emotional life of the characters. One is an aural language and one a visual, but essentially we’re talking about the same thing – making mindful choices to tell a story using all the tools available. Maybe mastering these tools is the difference between good art and great art – or maybe it’s just one piece of a larger puzzle. But the connection between the two makes sense to me. When I realized this, I felt a little less out of my element.