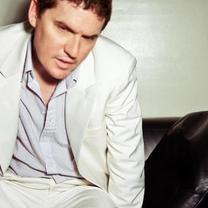 Back when we selected filmmaker John Maringouin for our 25 New Faces list in 2006, we knew he had crazy, gonzo talent. His father-son reunion pic, Running Scared is, as I wrote at the time, “a true epic in the fucked-up family doc genre.” Three years after Running Scared, Maringouin made an even bigger impact with Big River Man, a hilarious and heartfelt tale of adventure and human endurance.

But now, as I sadly learned in an email from filmmaker Stephen Kijak, Maringouin is fighting his own medical battle and he needs our support. I’ll let Kijak explain:

My friend, celebrated documentarian John Maringouin, thought he was suffering from chronic asthma for nearly a decade. His insurance company had recently blocked his numerous efforts to get a CAT scan and other advanced diagnostics when his condition worsened. Having recently dumped them in pursuit of better coverage, John learned that in fact, he had a tumor in his lung, which as of last week, has collapsed. He is in a fighting spirit but is in need of an operation pronto! Being uninsured, he is being forced to go out-of-pocket for the procedure for which he was just quoted a price tag of $214K. Such is the state of health care in this country. He will not even be able to book the procedure without proving a nearly $60K down-payment. Since time is of the essence, THAT is our immediate goal, to get him the money to at least book the surgery. We may come back at’cha for the remaining expenses but for now, this man needs to book an operation. Having seen our creative community rally around projects on Kickstarter, I have faith that we can rally around one of our own, one of the most gifted independent filmmakers (and father of one awesome little dude) that I know, and see to it that he gets the help he needs. Please join me and donate generously and swiftly.