What’s So Controversial About Beasts and the SAG Awards? 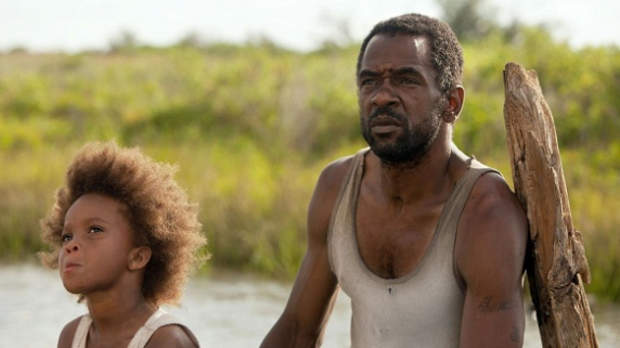 Beasts of the Southern Wild, SAG

I’m a little perplexed by the mini-controversy that has erupted over the Screen Actors Guild determination that the actors in Benh Zeitlin’s Beasts of the Southern Wild are ineligible to receive Screen Actors Guild Awards because the film was not made under a SAG contract. (In other words, the film did not employ professional actors.)

From Scott Feinberg in the Hollywood Reporter:

Director Benh Zeitlin, out of financial necessity (he had a budget of just $1.3 million) and a desire for the greatest possible sense of authenticity (his film revolves around eccentric characters who populate a remote part of America’s Gulf Coast) instead used locals who had never acted before and therefore were not SAG members. The stars of the film, which won the Grand Jury Prize at Sundance in January, are a 6-year-old schoolgirl (Quvenzhane Wallis) and a fortysomething local baker (Dwight Henry). Neither will be eligible for SAG Awards, nor will the cast be eligible for the best ensemble nod, which is SAG-AFTRA’s equivalent of a best picture award.

The ruling is significant because the SAG nominees typically — but not in all cases — track the Oscar acting nominees because the voting membership overlaps so much.

Why am I not outraged and surprised? Because the name of the award is the “Screen Actors Guild Award.”

All awards implicitly propagate a point-of-view, an ideology, if you will, and, for SAG, their awards are intended to celebrate and promote the accomplishments of those who call film and television acting their profession.

Nothing wrong with that. But there’s another movement in contemporary cinema based on the collaboration and participation of non-actors. High-profile examples are the films of the Dardenne Brothers and Bruno Dumont; Stateside examples include Putty Hill and George Washington, among many others. Actors in these films may go on to become SAG actors, or they may simply go back to their normal lives. But the reason these types of films are not SAG films is not always or even in many cases a financial one. The reason, as Zeitlin says, is that the filmmaker is hoping to tap into a kind of authenticity or local realism or to simply capture, using doc-style techniques, a kind of unguarded, unconstructed naturalness.

Feinberg does point out SAG-AFTRA has allowed performances in foreign films not covered under U.S. guild agreements to qualify. But without going back and looking at these exceptions on a case-by-case basis, I’d guess that they involve “professional actors” whose performances do not question the craft the way that the performers in Beasts do.

I’m not saying that this is right, but just that I understand it. And regarding the Oscars, the press the Beasts actors are getting amidst this kerfuffel may actually boost their awareness when it comes time for Academy voting. I’ll tell you what I do find surprising, though. That’s that the high-minded post I just penned about union ideology and the craft of acting may not have gotten to the heart of the matter. Apparently, Beasts of the Southern Wild can qualify for the SAG Awards… as long as its producers and distributors pony up some dough. From Todd Cunningham at The Wrap:

“The producers have until Oct. 25 to bring the film under compliance to make the actors eligible for consideration,’ SAG Awards show producer Kathy Connell said. “It is their choice whether or not to do so. We hope they do.”

“Compliance” would involve becoming a retroactive SAG signatory. In addition to ensuring the actors were paid minimum SAG rates, the related costs would include payments to SAG’s Pension and Welfare fund and the obligation of both domestic and foreign distributors to pay residuals on the film’s ancillary (TV, video, etc.) revenue streams.