So as we walked down the lines of people hoping to get into our screening — all there well before the screening was due to start — it was quite the feeling. It was great to see the Austin Fan Force roaming the crowds and having pictures taken with fans. 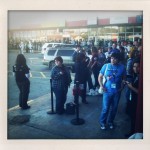 As we were running through the tech check the theatre and festival staff had put their heads together and decided to put on an extra screening at midnight — in place of a surprise screening — to accommodate the people they already knew wouldn’t get in thanks to the long lines outside. It was an exciting moment knowing we’d be able to get to an even wider audience than we’d expected before we’d even begun. Filmmaker tip number 2 (following the earlier blog’s free coffee plug): be nice to the theatre staff; they’re great at their job and by working with them you’ll get so much more out of your screenings no matter what the size. 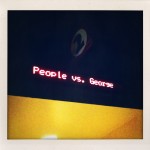 But the nerves were still happily building for me as we prepped the theatre, juggled the guest list, got the crew seated and handled last minute requests from press to squeeze in, as well as greeting some familiar faces of contributors to the film. It was a good job we were a team of producers at this point!

Jarod Neece from SXSW introduced the film – saying it was one of his favourites on the programme as it was such a great for the festival. Alexandre then did a short intro to let the audience know they truly were the first people in the world to see the film outside of our core production team, which surprisingly elicited an audible gasp from the audience! He dedicated the film to George Lucas, as the reason we were all there, and the audience settled in to watch the film as we nervously sat down right in the back of the cinema with fingers crossed it went down the way we we’d been hoping all this time. 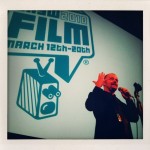 It’s such a strange feeling watching your film with an audience for the first time. As much as a producer tries to be a first audience for the director and editor during any post production process, and give objective feedback, there’s always elements of taste, issues from the shoot and a need to think about how the film will get out there, that shape how you will see and interpret the footage. It means that the quest for objectivity is a tough, yet essential, one and the only time you’re really going to know how it plays is in a room full of people. 220 people in this case.

So we were all together in a row — Alexandre, Robert our DOP, Kerry and Vanessa my fellow producers, Chad our editor and friends and supporters. It was a great moment as we all looked at each other, raised a glass in silent toast to each other and watched our logos come up on screen as a hush descended.

Fortunately the hush didn’t last through the whole film and people laughed when we’d hoped they would, sat forward at a couple of reveals (yes, even a film on this familiar subject can have one or two surprises up its sleeve!) and seemed to enjoy the film. The hearts-in-throats feeling slowly ebbed and we were able to sit back and enjoy the film ourselves too. Pretty much everyone stayed till the end of the credits (an unscientific, but helpful gauge of how it’s gone down) and most stayed on for the Q&A too (producer’s good omen #2).

Alexandre got the whole team up for the Q&A at the end so we got to face the full audience, and got asked some great questions – some on our personal relationships to the STAR WARS films, whether we want George Lucas to see the film (the answer is of course yes) and the challenges of editing the amount of all the fan footage we got (the answer to that was the perpetual priority in editing – time). 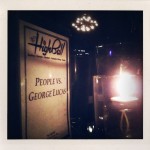 Then it was on to our party at The Highball, a fantastic SWINGERS-esque bar, restaurant, club, bowling and karaoke complex. The team there had gone to town on a laser display, DJ Fuckin’ A on the decks (dressed as a Stormtrooper!), lightsabres for the revellers and to top it all off (and take the geeks to heaven), dancing slave girl Leias. 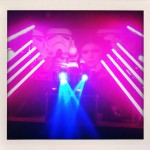 It was a lot of fun and a unique experience for me as this film is like nothing else on our slate. I know I’ve learnt way more about STAR WARS than I thought possible working on this project with the team, and so am enjoying the ride. 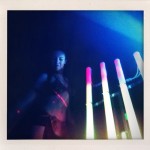 Although we couldn’t let our hair all the way down as we now – happily – had the midnight screening to intro, and the Q&A at 1:30am to do too. The second screening Alexandre, very fittingly, dedicated to the fans. They’d lined up for hours for us like they had for Lucas’ films, and had come back for more when our first screening was full and it was a really great atmosphere in there. The Q&A was really lively too and once we had done all that it was time for us to take our lightsabres home, hit the hay, to start the press and promotion all over again tomorrow. Oh, and read the first reviews of course. Here comes that heart-in-throat feeling again… 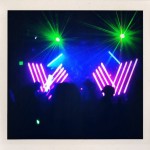