Where Are the New Independent Film Superstars? 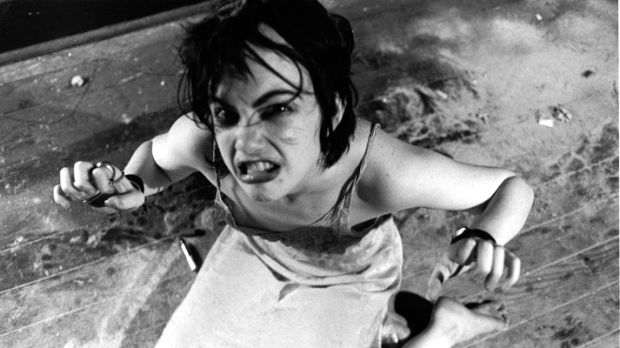 I was reading this interview in Vice about the Blu-ray reissue of Richard Kern’s short films from the ‘80s, and the names came flooding back to me. “Back in the day, Richard, along with buddies like Lydia Lunch, David Wojnarowicz, Lung Leg, Sonic Youth, and Henry Rollins, made some of the most bloody, sexually deviant, and generally fucked up short films ever,” writes Christian Storm in his intro.

Lung Leg – I haven’t heard that name in a while. She was on the cover of Sonic Youth’s album Sister. I wonder what she’s up to. Lydia, of course, is still around. She’s even playing soon. More names pop up in the piece. Marty Nation, the guy in Fingered. I vaguely remember him. And then I started thinking of some of the other people in those films. Emilio Cubiero. He used to do my taxes. Kembra Pfahler — still kicking it. Cassandra Stark.

The people above, they were — and many of them still are — underground stars, not mainstream Hollywood actors. And almost 30 years later I’m wondering what they’re up to. It got me thinking about something I’ve written about before, and that’s independent film’s inability to build and maintain its own alternate star systems. I mean, think about Warhol’s Factory. There was Warhol at the center of it all, but then there was Edie Sedgwick, Paul America, Pope Online, Billy Name, Brigid Berlin. They were called “superstars,” and there was a heavy does of irony in that appelation, but on a certain level they were superstars. They fascinated you.

John Waters did this a few years later with his Dreamlanders troupe: Divine, Mink Stole, and Edith Massey, among others. But since? Some people have given it a try. Todd Verow has his own group of superstars. And the mumblecore crowd — that’s one of the things I liked best about them, their commitment to developing names and personalities outside the mainstream. Greta Gerwig, has of course, “crossed over,” and Lena Dunham has imported several folks from her crowd into her HBO series, Girls. For the most part, though, too many indie actors gain credibility in our eyes when they become mainstream enough stars to bring foreign-sales value back to occasional indie productions.

Where then are riveting, crazy, fucked-up band of outsiders who seem both real and larger-than-life — those who bring a real outré glamour to our pictures? How do we create them, and how do we make movies worthy of them?