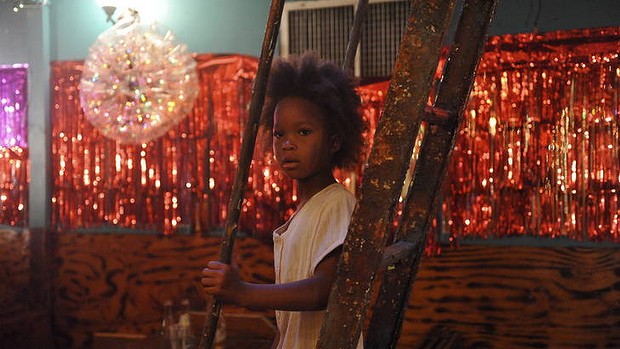 Leading up to Filmmaker‘s own 2012 Ten Best we are publishing individual lists from some our contributors. Fariha Roisin took part in the Indiewire Critic’s Academy and wrote coverage for us out of the New York Film Festival this year. Here is her 2012 Ten Best, some of which are festival entries not being released until 2013. – SM

1. Beasts of the Southern Wild
Undeniably one of the most visceral films I have ever seen. Visually breathtaking and so moving, Hushpuppy’s insight into the world evokes so much imagination and rawness that I couldn’t help but cry and laugh at her wonderment. (Pictured above.)

2. Beyond the Hills
Mungiu is a powerhouse. Intending to shed light on the position of women in Romanian society, this film is one of the most horrific and honest portrayals of religion’s sometimes destructive impact on people and society encouraging us to think: what is morality?

3. Amour
Amour really is an absolute portrayal of watching a loved one die. Haneke’s execution of the story is elegantly drawn out, slowly and powerfully — until it’s almost unbearable.

6. Marina Abramovic: The Artist is Present
Known as one of the most evocative contemporary artist’s alive today, this documentary on Abramovic is quite possibly one of the most prolific insights into an artist’s world. It endeavors to break the barriers between artists and audience and gives us a mighty vision of Abramovic’s world and intentions.

7. Moonrise Kingdom
Wes Anderson fascination with precocious, conflicted children is fully fleshed out in this — his homage to the ’60s and the New England idyllic. The two child actor’s chemistry is insatiable and their conflictions of self are wholly relatable. Altogether a brilliant and gorgeous film.

8. Cafe de Flore
This was Jean-Marc Vallée’s first film after his successful debut, Crazy. The Quebecois director details the secrets of love and battles with the ideas of fate, consequence and letting go. Vanessa Paradis’ performance is quite exceptional, as are the child actors. What’s more, the soundtrack is perfectly sinuous and captures all elements of this charming film.

9. Holy Motors
This is no doubt Carax’s best work as Holy Motors embodies all the elements of a great film. For me, it was one of the most visually stimulating films of the year and though confusing at times, Carax’s frustration with the film industry is palpable throughout the pulse of the film. Which is what makes it so riveting to watch.

10. The Gatekeepers
An extraordinary documentary. Made by an Israeli who set out to interview six ex-Shin Bet head officials — asking them their honest thoughts on Israel’s occupation of Palestine. I was deeply moved by this film and am excited about the press and reviews it has been receiving. To me, this film is necessary.