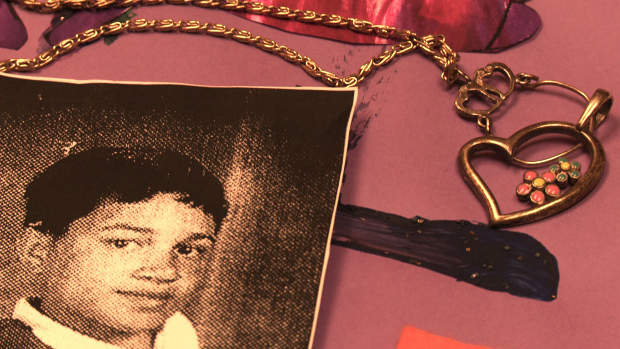 In the spring of 2008, I read about the murder of Lawrence “Larry” King, a multiracial 15-year-old student who was reported as being gay. It was a story I just couldn’t get out of my mind. I first imagined exploring the issues in a fictional film, but once I attended a pretrial hearing for Larry’s accused murderer, Brandon McInerney, just 14-years-old, I immediately realized that a bigger story was just developing. It needed to be a documentary. So began my education as a first-time director, flying by the seat of my pants.

What seemed clear to me was that both sides were being treated unjustly. The media had passed verdict on Larry, who had been written off as a provocative Lolita merely for expressing his gender identity, and Brandon was being tried as an adult because of the heinous nature of his crime.

The most significant personal sacrifice that I had to make was to suspend any judgment I had about Brandon, his family and friends, and their apparent sympathies with white supremacy. I struggled deeply with this, especially since I am an African American. I had to ask myself — do you now hold the same convictions as you did when you were 14? Was I able to suspend my personal beliefs and think empathetically about this subject? As I unraveled the story of these two boys, I saw that they were both coming from severe abuse and neglect; they were both loners trying to fit in. Larry seemed to have had a crush on Brandon, and I needed to see what Larry saw in him.

The shooting took place during English class and was witnessed by Larry’s friends and classmates. As I spoke to some of the witnesses, I realized that they were suffering terribly from untreated PTSD. As a parent, I could not stand by and watch these children continue to suffer. I spent much time becoming their trusted confidant so they could begin the road to recovery and feeling safe again. I took my responsibility to them seriously, and I was inspired by their resilience and determination to live a whole life.

As a filmmaker, I believe you have to be open and vulnerable with your subjects. In Valentine Road, I strived to reveal the whole truth in all its complexity and let the story unfold organically.