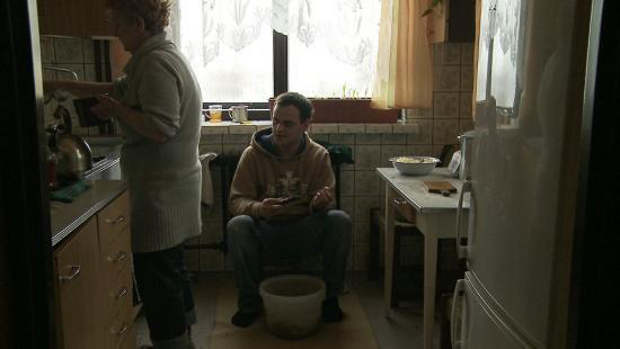 Tonight the winners of the short film awards for the Sundance Film Festival were announced. The Grand Jury Prize went to Polish director Grzegorz Zariczny’s The Whistle, while two directors known for their feature-length work — Damien Chazelle and Michael Almereyda — also picked up awards.

The Short Film Grand Jury Prize was awarded to:

The Whistle / Poland (Director: Grzegorz Zariczny) — Marcin, a lowest-leagues football referee who lives in a small town near Krakow, dreams of better times. At his mother’s urging, he decides to change his life and find himself a girlfriend and a better job.

The Short Film Jury Award: U.S. Fiction was presented to:

The Short Film Jury Award: International Fiction was presented to:

The Date / Finland (Director and screenwriter: Jenni Toivoniemi) — Tino’s manhood is put to the test in front of two women when he has to host a date for Diablo, the family’s stud cat.

The Short Film Jury Award: Non-fiction was presented to:

The Short Film Jury Award: Animation was presented to:

Irish Folk Furniture / Ireland (Director: Tony Donoghue) — In Ireland, old hand-painted furniture is often associated with hard times, with poverty, and with a time many would rather forget. In this animated documentary, 16 pieces of traditional folk furniture are repaired and returned home.

A Short Film Special Jury Award for Acting was presented to:

A Short Film Special Jury Award was presented to:

Until the Quiet Comes / U.S.A. (Director and screenwriter: Kahlil Joseph) — Shot in the Nickerson Gardens housing projects in Watts, Los Angeles, this film deals with themes of violence, camaraderie and spirituality through the lens of magical realism.