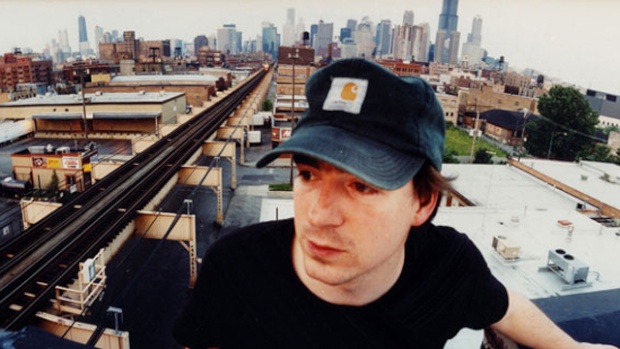 I discover the links for these weekly columns through one source: Google Reader. Well, last week, Google sent the beloved Google Reader to its graveyard. I didn’t initially understand how difficult it will be to replace Google Reader until listening to last week’s Accidental Tech Podcast, even as the show’s Marco Arment believes that Google’s departure from the RSS space will be a good thing in the long run. Still, the shutdown has prompted a lot of press, and not all in the tech field, questioning our dependence on Google given their penchant for launching and shuttering services. For Google fan James Fallows, that has meant he’s not giving their new Google Keep service a try. Ezra Klein calls it a “Google trust problem”:

Together, the Gmail experience, the death of Google Reader, and the closure of Picnik all have me questioning whether I want to keep investing time and energy in “free” Google products or whether I need to start looking for paid services that are explicitly making money off the thing I am paying them to do. And if more and more of the people who would be Google’s early adopters feel as I do, and as Fallows does, then that could become a problem for Google.

Paul Krugman has even weighed in with a post called “The Economics of Evil.” (Can this guy write a headline or what?). Krugman uses microeconomics to explain why a free service like Google Reader is doomed:

First, it’s a well-understood though not often mentioned point that even in a plain-vanilla market, a monopolist with high fixed costs and limited ability to price-discriminate may not be able to make a profit supplying a good even when the potential consumer gains from that good exceed the costs of production. Basically, if the monopolist tries to charge a price corresponding to the value intense users place on the good, it won’t attract enough low-intensity users to cover its fixed costs; if it charges a low price to bring in the low-intensity user, it fails to capture enough of the surplus of high-intensity users, and again can’t cover its fixed costs.

Jason Molina passed away last week, and The Rumpus has a couple of remembrances, including this one by William Boyle:

The news of Jason Molina’s death came to me in a storm. I was about to teach a class when I saw the first posts announcing that he was gone. I didn’t know what to do. I almost cried in front of my students. The wind started howling and it sounded as weary as Molina’s voice. The rain followed, whipping the windows and drumming the roof of the shitty science building where our class meets. I tried to tell my students about Molina and what he’d meant to me—how his music carried me when nothing else could, how loving music the way I loved his music was a different kind of marriage or brotherhood—but none of them knew him and it felt horrible to be around people whose lives wouldn’t be any different after the news.

I let class out early and walked through the heavy rain back to my office. Soaked, I sat at my computer and put on “Farwell Transmission,” the opener on Molina’s Magnolia Electric Co. album. He sings: “I will be gone, but not forever.” I finally cried, sitting there at my desk, one of my favorite songs rattling from tinny, overturned speakers. I listened to the rest of the album and cancelled my afternoon classes.

(The above was discovered via Zoe Ruiz’s “Links I Love” at The Rumpus. Her entire column is recommended.)

At the Virginia Quarterly Review, Richard Nash has an epic essay on the history of publishing, from Gutenberg to the e-book. It’s long, and hard to excerpt. If you care about such things, just read it.

Gimmick? Maybe. Silicon Valley-meets-Big Brother wet dream? Possibly! But let’s not pretend that this isn’t the world we’ve been trained to inhabit since even before Hitchcock turned voyeurism into high art and Michael Powell put us behind a killer’s lens in Peeping Tom, or that no one saw or could ever have seen this coming in the Google era. Starting with search and continuing with YouTube, Maps, and even last week’s spiking of Reader in favor of its oracular news portal, Google has a spiritual interest in monopolizing the way things are seen. The company plays this steady imposition of its products off as a kind of magnanimity that has one consistent tech standard in mind: You. Love it or hate it, Google is not wrong about this.

At SXSW, Nandan Rao and Zach Weintraub organized a discussion riffing off of the “should festivals pay exhibition fees” debate that has been bubbling around the internet recently. (They also announce their new crowdsourced exhibition platform, Simple Machine.) They come to a sobering conclusion at Hammer to Nail. From Rao:

The fact is, for as long as filmmaking exists, middle-aged dudes in business casual will always sit on panels and discuss its monetization—these are the ones who assure you that “getting your film made is half the battle.” Current hot topics for these venerable predators include: how to engage your audience early (let us all bow to the crowd-funding Gods), activate your core constituents, cultivate and expand your audience at festivals, keep an active and constant social networking presence, sell directly to your fans via VOD or on-demand theatrical, eventize screenings, and creatively market your product.

Really, the festival screening fees that we’ve all been arguing over are just another piece of this swollen heap of ideas for how filmmakers can monetize their work. And, just like the others, these ideas are currently being leveraged best by those with marketing degrees and worst by individual artists, and they work best with films that can be easily translated into parties or social causes and worst with films who have the unfortunate lot of being unclassifiable as anything except cinema.

Even for the somewhat marketable films, however, one fact became painfully clear and universally agreed-upon during our discussion: there is increasingly limited money to be gained from audiences.

From Andrew Sullivan, a new webseries has been birthed from a Reddit forum. Here’s “Explain Like I’m Five” on existentialism.

At The New Yorker, Richard Brody on the death of “a beloved cinematic savant,” Ric Menello.

Finally, from the American Reader, a great essay by Vanessa Veselka, “Green Screen: The Lack of Female Road Narratives and Why It Matters.” An excerpt:

The lack of female road narratives has long been a frustration of mine. I first became conscious of it about four months after I left home. I was in a truck stop outside of Albuquerque and saw a young man doing his laundry on the trucker’s side. Like me, he was travelling, though perhaps a bit better off because he had laundry. A college-aged kid with a backpack, he was (yes, it’s true) carrying a copy of On the Road. I remember it because I had never seen the book and asked him what it was about. He said it was about a guy who left all the bullshit behind and went out on the road. I immediately related.

I sat down a chair away and tried to strike up a conversation, but failed. While I’ll admit I have a tendency to be puppy-like in my friendliness when it’s not wanted, his discomfort seemed extreme. Here we were, both teenagers, both waiting on rides and travelling the highways, both trying to figure ourselves out and become something—but he was armored with an idea, a narrative through which he could both shape himself and be recognized socially. He was visible. I was an unknown, a dangerous blank.

As I have said, lacking a variety of narratives is unsafe for anybody on the margins—ask any queer. Now, I can imagine someone saying, Wait a minute, narratives don’t kill people—people kill people. True. But a narrative that promises more than death leads to curiosity, which leads to interaction. When a narrative’s conclusion is limited in the public’s imagination to mortal beatings and rape, its tension resides exclusively within the onlooker, and is measured by the extent to which he or she is emotionally moved. The woman on the road then ceases to be human, as with many on the margins, and instead becomes a barometer, a tool by which the onlooker’s (or reader’s) humanity can be measured or determined. She is an object fetishized by their compassion (rather than, say, the “male gaze”) and the onlooker can choose to save her, choose to watch, or choose to ignore her as her fate plays out; these choices become the heart of the drama.