Kiss of the Damned — A Hammer To Nail Review 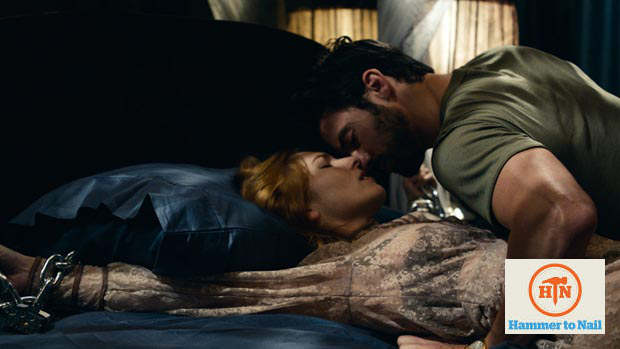 Kiss of the Damned

(Kiss of the Damned world premiered at the 2012 Venice Film Festival. It becomes available on VOD on March 28, 2013, and opens theatrically on May 3rd. Visit the film’s page at Magnet Releasing to learn more. NOTE: This review was written in conjunction with the film’s North American premiere at the 2013 SXSW Film Festival.)

One of the most accomplished and engaging North American premieres I saw at the 2013 SXSW Film Festival was a genre film, the first fiction feature by Xan Cassavetes. Xan is the daughter of cinema legends John Cassavetes and Gena Rowlands. Her first film, Z Channel: A Magnificent Obsession, was a documentary about an L.A. cable channel in the ’80s that showed art house classics. To some, it may seem strange that the daughter of the figurehead of American independent cinema would chose a horror genre as her first fiction feature and yet, in this current climate, where most indie films would make John puke with their utter cowardice and impersonal whiny pleas for market acceptance, this choice seems oddly apropos. In reality, many of the greatest films of all time are genre movies. Two in particular are vampire films: Carl Theodor Dreyer’s Vampyr and Nosferatu by F.W. Murnau.

A personal film that expresses the director’s unique vision of the world is created not by the choice of material alone but by the director’s handling of that material. Unfortunately, most first-time directors are not nearly in enough command of the most basic aspects of film’s grammar, let alone a knowledge of how composition, camera movement, lighting, acting style and music can be used to convey the director’s point-of-view within the characters’ narrative arc. Consequently, we often get first films that mean well and may have an interesting subject but are rendered with such utter banality that the whole ordeal becomes something akin to watching a generic network TV sitcom. A first film such as Kiss of the Damned, which is so fully in command of every aspect of the medium, is rare in and of itself, but when you combine that with an understanding that the core elements of the vampire genre are used to articulate a unique and mature personal perspective, you have an even more impressive accomplishment.

Drawing inspiration from classic European horror films by the likes of Jean Rollin, Dario Argento, Mario Bava, and of course Murnau, Kiss of the Damned starts silently, with an opening sequence that stretches for a quite a while with not a word of dialogue being spoken. Young, lonely Djuna, played by the French actress Joséphine de la Baume, first makes piercing eye contact with lonely screenwriter Paolo (Milo Ventimiglia) in a video store. After a first kiss, it isn’t long before he’s banging down the door to get at Djuna in her giant mansion by the lake. Being a good vampire, Djuna first lets Paolo see what she truly is before she takes him in. She chains herself to the bed and, wearing some pretty skimpy lingerie, lets her inner lust twist up her body toward Paolo like Linda Blair trying to evoke Linda Lovelace. It is here that any connection to the chaste, declawed Twilight series abruptly stops.

After this first hookup, we are most definitely out of the realm of kiddie romance and are instead very much in the land of the conscious adult. This first sex scene is unlike any in recent Hollywood or Indieville. We may see more flesh in other films, but it is totally uncommon these days to see lust be expressed with such raw, honest visual energy. Paolo agrees and the happy bond between two fully consensual adults begins. He gives up his soul to Djuna for all of eternity, and in exchange, the couple gets a pretty peachy existence not unlike the rock-and-roll fantasy: play all night, sleep all day.

But not all good things can last and, alas, when bad sister Mimi (Roxane Mesquida) comes for a stay on her way to “rehab” in Arizona, darker forces become unleashed. Mimi is pure id, she has no problem feasting on pretty boys whenever and wherever she wants, but her uncontrolled blood lust is beyond transgressive. It threatens to suck all order into her vortex by unleashing the same urges within Paola and Djuna. 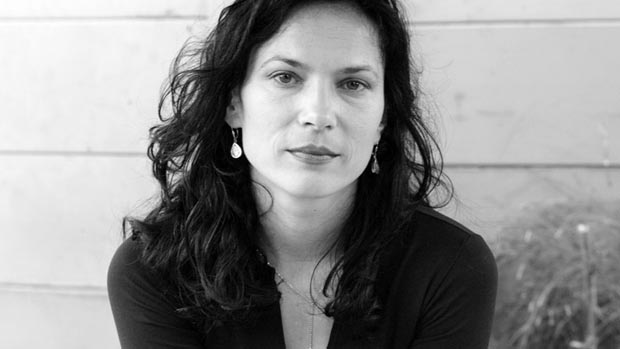 Ultimately, the film becomes a statement about this battle over our darker urges. What are the consequences of letting them rage unchecked? What does it take to acknowledge our baser urges and look them in the eye so that they don’t sneak up on us? How do we come to accept the darkness inside of each of us? This battle between the darkness and the light is a key element of the vampire genre and yet it is rendered here with such visceral cinematic energy that the struggle is supercharged by the director’s perspective. The difference between a genre throwback like a Tarantino film and a super self-knowledgeable genre film like Kiss of the Damned is that here, Cassavetes has invested personally in the characters and their pursuits, whereas Tarantino has no personal skin in the game. Consequently, his films are an empty adolescent exercise in style as opposed to a true personal genre film like Kiss of the Damned, where the classic codes are used to convey the director’s inner perspective.

Like Nosferatu, Kiss of the Damned is a work of Expressionism, wherein color, composition, music and a bold acting style are all intent on making the inner visible. The soundtrack combines a fantastic Euro disco score by Steven Hufsteter, and the songs by Demdike Stare and bands such as Black Mountain create a Dario Argento-like rocking energy during the stalk-and-kill sequences. The cinematographer, Tobias Datum, does an phenomenal job using darkness in the frame to shroud the faces and heighten the power of the crimson reds and deep hues of the lush color palette. The relationship between tight and wide shots, between a still and moving camera, all seem perfectly logical and chosen for a measured reason (again, quite uncommon for a first film).

Kiss of the Damned is dripping with mood and atmosphere, yet its tone is more haunting than “scary.” What stands out are not the showpiece scenes of killing, but instead the overriding pleasure of witnessing a passionate battle between characters who are adult enough to face their own desires. Like all great contributions to the horror genre, Kiss of the Damned allows us to view the darker aspects of our own urges and to face the monster within. The fact that this battle plays out under such a raging soundtrack and through such beautiful creatures is what makes it all so much goddamn, dirty fun.