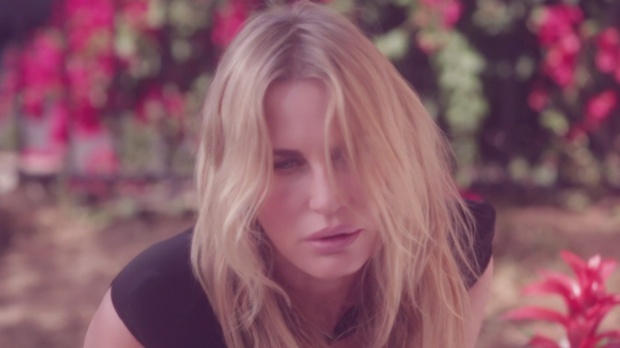 The San Francisco International Film Festival is underway, the first under the San Francisco Film Society’s new head, Ted Hope. In an interview with Casey Burchby at the San Francisco Weekly, Hope tells the story of his move from producing in New York to running the organization in the Bay Area and how it reflects his own evolving ideas on independent media in the 21st century. I especially like this quote about how artists can rethink their process in a time of plenty. Emphasis added below:

Burchby: I wanted to connect your vision for the SF Film Society to the larger world of the film business as it exists at the moment. There’s a bifurcation right now where you have the studios doing things in one particular way, in terms of looking for franchise-oriented projects. And then you have independent filmmakers who are all over the map, trying anything and everything to get their films made and seen. I was wondering if you had any idea how this might all shake out?

Hope: It’s absolutely that bifurcation into mass-market, tent pole mega-budgets relying on explosions and CGI on the one hand, and then the hordes of passionate amateurs — and I use that word in the French definition of those who work from their hearts, out of love. With that, you see this incredible surplus — far more good movies are being made than ever before, and we’re having a harder time finding the time to watch them. And with that kind of supply-and-demand economics, some of our most talented artists are struggling to survive. And they find themselves asking, do they need to abandon what they love in order to appease the market gods? You see the fallacy of that approach when you look at something like The Beasts of the Southern Wild or Fruitvale. We need to find ways we can help artists be true to their hearts. I think what that paradigm shift often becomes, is how you help artists and audiences and industry transition to this world of plenty, and the best practices that that requires. It’s the shift from making or consuming one movie at a time to one of a creative model focused on a relationship, an ongoing conversation. Not just making something for an audience, but making something that a community can use. And that changes the definition of what we all do. We’re not just feature filmmakers. We’re creative individuals looking to be generative in our output.

Speaking of the San Francisco International Film Festival, Steven Soderbergh gave the opening keynote yesterday. In keeping with one of today’s content trends —— orchestrated scarcity —— the talk is not online. But Sundance’s Joe Beyer tweeted, and at Pro Video Coaltion Eric Escobar has summarized the talk based on those tweets. Here’s point #5:

5) Executives Don’t Get Punished, Filmmakers Do: When a film bombs, it is the fault of the filmmakers. There is no turnover in the executive offices, the artists are just replaced with new artists and the machine learns nothing. There is no support of a filmmaker over his or her career. No talent development strategy so that a filmmaker grows by trying ideas, making mistakes and triumphs, learning from the experiences and becoming a better filmmaker. It is opening weekend numbers and end-product profits perspective. This is killing Cinema in the Movies.

Soderbergh dropped this math on us and concluded that if you’re a studio then the set up is working fine. Then he pontificated that if he were given a half a billion dollars he’d gather up all the really good indie filmmakers he knew (name checked Amy Seimetz, Shane Carruth and Barry Jenkins) and set them loose within a timeframe and budget total and say go for it, make me three films, spend the money as you see fit. But no one has given him a half a billion dollars.

UPDATE: Anne Thompson has posted a podcast of the event, which is embedded below.

On Google + Robert Scoble recounts his experience wearing Google Glass. Although he thinks its wide adoption will be dependent on price, he’s already sold on it: “I will never live a day of my life from now on without it (or a competitor). It’s that significant.” Mike Butch at TechCrunch, however, doesn’t get it: “Google Glass for me will be this era’s Segway: hyped as a game changer but ultimately used by warehouse workers and mall cops.” Meanwhile, writes Cale Guthrie Weissman at Pando Daily, there are competitors already. (Maybe Apple should buy one.)

At John August and Craig Mazin’s podcast and blog, the screenwriters discuss the challenge of tuning out your immediate environment (a writer’s room, a Starbucks, an office) and tapping into the world of your characters. Here’s August:

So, one of the challenges I find sometimes is remembering what it’s like inside that world, because sometimes you’ll have to hit pause and you’ll have to, you know, set down that script for a month while you work on something else.

Another trick, and this seems really sort of esoteric and weird, but some other sense can get you there. Literally, like there’s this one project which I found this candle that smelled exactly like what that world smelled like. And so literally smelling that I could remember, oh, that’s what it feels like to be in that world. That seems really Namby Pamby, but it was actually really, really helpful.

For Bolano-loving cinephiles, here’s a must read at The American Reader: JW McCormack’s “Notes Towards a Film Adaptation of Robert Bolano’s 2666.”

At Cult of Mac, Mike Elgan thinks Apple is planning something big: solving the issue of identity on the internet.

Novella Lite digs up some old Ira Glass videos on storytelling. They are full of great advice, like these, from the video below:

1) Don’t Quit. Everyone starts out with good taste and poor execution. It can take years to get to a point when you start producing at the quality that you envision your stories to be. You have to power through it and you will get there.

2) Work and Work. The best way to get better is to create and deliver as much work as possible. Create a strict schedule with specific deliverables and don’t deviate.
The last part of the video focuses on showing Glass’ own learning curve and how bad he was when he was 27.

The Rumpus has an amazing exclusive: David Bowie, who is doing virtually no press for his new album, The Next Day, gave Rick Moody a list of words that inspired the album. And Moody has spun those words into many thousands meditating on the man himself. An excerpt:

There are many layers to the osmotic qualities of The Next Day. For example, it seems to me that Bowie, by largely refusing to perform the songs, or talk about the songs, is asking that the media apparatus come to understand the songs through osmotic means, a spontaneous net movement of solvent molecules through a partially permeable membrane, attraction rather than promotion, and in this Bowie has been not only exactly right, but right in way that is astonishing, because in this day and age, which is the day and age of American Idol, e.g., he is managing to create the environment in which the album makes its case without blunt force trauma, the rank lattice-work of deceits and fabulations that is promotion. In this sense, yes, we get the thing by osmosis, and by no other means (and for these reasons, it should be obvious by now, it is likely in my interpretive zeal that I am frequently wrong about the subjects of these songs).

Finally, filmmaker Jarrah Guthrie, who edited Grainger David’s The Chair, teams up with that film’s cinematographer, Jimmy Lee Phelan, to visualize a crush on Daryl Hannah for Crush fanzine. Portable TV posted the video, The Things She Did, as well as an interview with Guthrie.

The Things She Did – CRUSHfanzine from Jarrah Gurrie on Vimeo.