Soderbergh x 2: Listen to His SFFS Keynote and Read His Twitter Novella 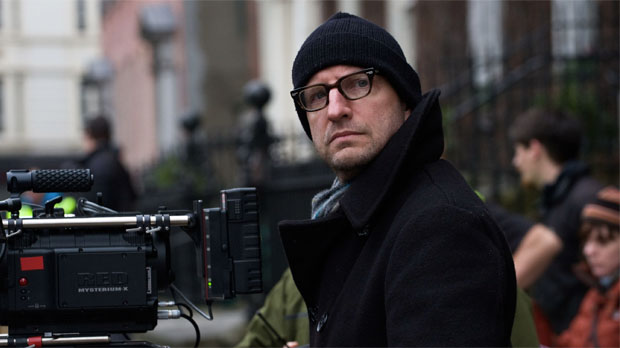 Steven Soderbergh has retired from movies — for now, at least. But while we wait for his HBO Liberace biopic to arrive, there’s a couple of recent things to remind us of his continuing greatness and furious productiveness.

Firstly, his San Francisco Film Society keynote speech at the weekend drew a lot of attention for decrying the Hollywood system for destroying cinema. Via TOH, you can listen to the entire speech below. It’s a typically smart and thoughtful piece of oratory, and well worth a listen.

And after that, why not start following the Bitchuation account on Twitter, where Soderbergh is tweeting an entire novella called Glue. He started on April 28 and is already up to Chapter 7, so you have a little catching up to do.

You can now watch the speech also, via the SFFS Vimeo page.