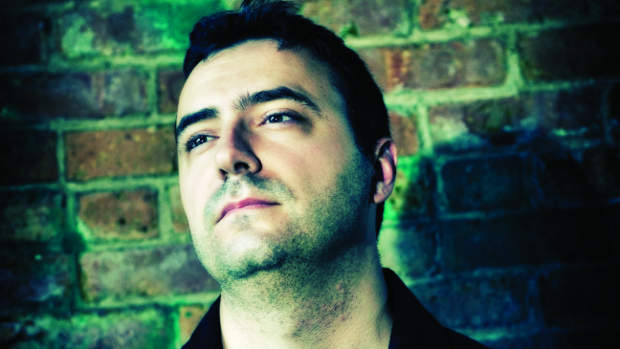 In December 2009, Mike Stoklasa uploaded “Star Wars: The Phantom Menace” Review, a 70-minute takedown of George Lucas’s 1999 film. Astute in its critique, perverse in its use of humor and hypnotically narrated in the first person by a serial killer character in severe need of a decongestant, the review used footage from the film, its DVD extras and the occasionally third-party source to systematically prosecute Lucas’s crimes against filmmaking and his betrayal of Star Wars fans’ pent-up devotion.

Once posted, the video went viral. Lost co-creator and Star Trek producer Damon Lindelof gave it immediate mainstream cred at Slashfilm: “Your life is about to change,” he told viewers. “This is astounding filmmaking. Watch ALL of it.” Lindelof was joined by actor Simon Pegg, who raved about the film on his Twitter feed. In one day, Stoklasa’s film garnered 30,000 views. Six months later, it has hit 2.2 million.

Despite all the attention, Stoklasa himself remained something of a mystery. But in fact, the Milwaukee-based filmmaker has been making ultra-low-budget features — “talking food” comedies like Oranges: Revenge of the Eggplant, and a psychological thriller, The Recovered (co-directed with Jay Bauman) — since graduating from Chicago’s Columbia College in 2002. (And that’s not even mentioning his Internet comedy series, The Grabowski’s, where the gimmick, he says, “is that the episodes are really short — like five seconds long.”) It is the Star Wars takedown, though, Stoklasa’s exciting filmmaking left turn merging viral video, short-form storytelling and film criticism into something that feels totally new, that has brought him to greater attention and this “25” list.

While Lindelof, Pegg and the rest of us discovered Stoklasa last winter, he actually began this experiment in cinematic deconstruction a year earlier after he bought a copy of Star Trek: Generations. “I wrote pages and pages” of a review, Stoklasa says. “I started recording it, and it was horribly boring. So I [invented] a character so it would have more entertainment value. Then I started throwing in comedy bits. I did all the Next Generation films throughout 2009, and then the next logical thing was to do the Star Wars prequels.”

“I’m one of that generation that grew up on the Star Wars movies,” Stoklasa continues. “I remember seeing the Phantom Menace two weeks before it officially opened at a trade screening, and I was bewildered by what I saw. I decided to look at the film from a ‘fascinating train-wreck perspective’ than a ‘passionate Star Wars fan’ perspective. I like to figure out why these movies don’t work. It’s more of an analytical approach.”

Stoklasa’s series continued in the spring of 2010 with a similarly obsessive feature-length Episode Two: Attack of the Clones review. And then, in mid-June, 2010, Stoklasa — or, rather, “Plinkett,” the fictitious creator of these pieces, pulled another left turn: a review of the barely remembered, John Hughes-scripted 1994 film, Baby’s Day Out. Meanwhile Stoklasa continues working at his video-production company, Red Letter Media, which does freelance corporate work and shoots for Marquette University. Career-wise, “The [reviews] have led to a lot of interesting leads, but nothing concrete has come of them yet,” he says. “I met with an agent and some big websites have contacted me. But I don’t consider myself a reviewer, and I don’t know if I’d want a show reviewing movies every week.” Until the urge to demolish another poorly-conceived, logic-busting mainstream film hits him, Stoklasa is working on his next feature, Feeding Frenzy, “a low-budget, ’80s-style comedy rubber-puppet monster movie, like Gremlins and Goonies.” — S.M.