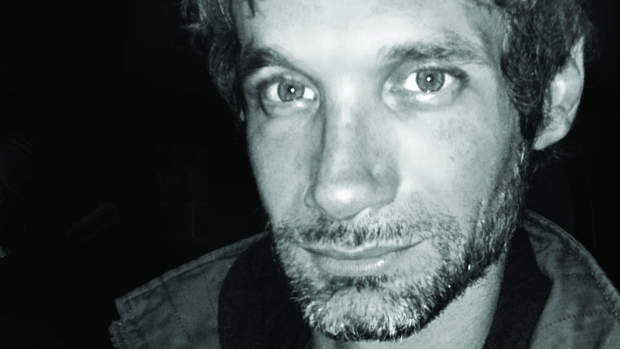 When asked to cite their influences, many filmmakers reference icons. Brent Bonacorso avoids that tendency. True to his spectacularly distinctive style, Bonacorso suggests his sensibility is innate. “I’ve always been interested in telling visual stories,” says the Los Angeles-based filmmaker, whose surreal short film West of the Moon supports that claim. “As far back as I can remember, I’ve been creating narratives, whether they were drawings, photographs or films. Honestly, I think it’s just something I was born with.”

Bonacorso has been directing commercials and other short projects for nearly a decade, but West of the Moon is unquestionably his best received work yet: a marvelous flight of fancy in which a dreaming child imagines the otherworldly adventures of an old man. With liberal use of green screen technology and thundering pop music, Bonacorso follows his made-up protagonist through far-fetched, globetrotting antics. These include dodging bullets on a battlefield, hanging with walruses adorned in sunglasses and playing poker with a robot. Calling to mind the work of Jean-Pierre Melville, Bonacorso uses fantasy elements to explore the nature of reality. Unsurprisingly, Bonacorso did his homework for this one. “The idea started more as a documentary, [from] recorded interviews with children about their dreams,” he says. But the project really took off one morning when Bonacorso suddenly remembered a person from his past whom, he realized, “had never existed at all. I had spontaneously created a person in a dream. That oddly misplaced nostalgia defined the shape of the film.” The film went on to win several awards at the Florida Film Festival and the Aspen Short Film Festival.

Echoing the early career of Michel Gondry, Bonacorso’s existing repertoire includes a number of visually innovative commercials for clients such as Guinness and Nike. Like Gondry, Bonacorso didn’t attend film school. He studied graphic design and says it was his first computer — a Mac 6100 — and not a camera that provided his big creative breakthrough. “It finally allowed me to explore the kinds of images I was interested in making,” he says.

This fall, Bonacorso heads to Buenos Aires to co-direct the sequel to the hit British sci-fi feature Monsters with Jesse Atlas. Bonacorso’s first foray into feature-length directing may bring more pressures, but he’s confident about getting the job done. “I don’t make decisions based on whether or not they serve my style,” he says. “I’m just being true to the way I tell stories. Fortunately, it all comes out of my head with a peculiar spin.” — Eric Kohn