The POV Conversation: Josh Aronson and Adam Larsen on Finding the Story 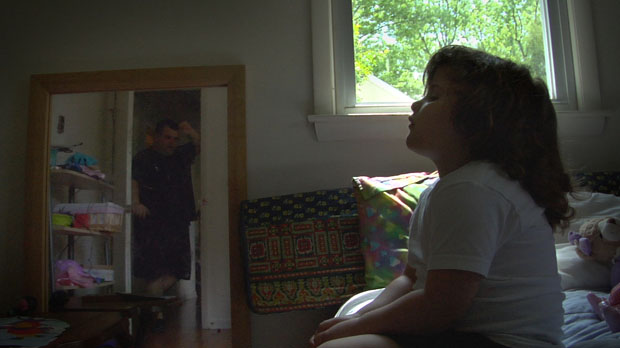 by Filmmaker Staff
in Filmmaking, Production
on Aug 15, 2013

Last year, to celebrate POV’s 25th anniversary, Filmmaker organized a series of conversations between documentary directors whose work had been featured on the PBS non-fiction showcase. Last month we continued this series with a discussion between filmmakers Stephen Maing and Lixin Fan. This week we are featuring a conversation between Adam Larsen, whose first feature-length documentary, Neurotypical, is currently streaming on the POV website, and Josh Aronson, director of the Oscar-nominated documentary on deafness, Sound and Fury. Here the two discuss how they went about searching for a story.

Click here to watch Larsen’s Neurotypical, an exploration into living with autism and how it reflects on what it means to be “normal,” streaming for free until August 28.

Larsen: Neurotypical is a wonderful story. Stories are the reason why I’m in documentary. They’re also the reason why I shifted from film to video projection design in theaters. In theatre, I’ve done almost one hundred shows and each of them has a different story. I love finding the arcs of the stories and how my imagery can help support them. I’m very much a story-driven person. I do stories for folks that lack a voice, or are searching for their voice. Those resonate with me immensely. You were talking about that earlier; minority groups that have no venue to share their experience. I feel like that’s something I’ll be working on for a while now.

Aronson: We seem to overlap in our interests with finding stories within cultures that are unique and intriguing, and it’s those things that just continually grabs me. I find when I’m either searching for the next film or waiting for the next film to come to me that I’ll hear a story or I’ll see a situation or I’ll meet a character and find it interesting and I’ll pursue it. But if it doesn’t stay with me after I read about it for a couple of months and absorb information about it and  meet people in that world, if it doesn’t keep vibrating for me as a story that really deeply interests me, I move on. I’ve learned – as I’m sure you have – how hard it is to make these films, aside from the fundraising part, and how the typical difficulty is to stay engaged with the material for as long as it takes us to make the films. You better have this story and have something to say.

Larsen: Absolutely. When I first graduated from film school I asked myself, “What’s really important to me?” and you don’t necessarily know as a young person. It’s really hard to jump out there and say, “I believe in this so much that I really want to make it happen,” and that’s why this film sat with me for so long. I was just constantly thinking about it and developing it in my head until finally it just got to a point where I was like, “I have to make this because these thoughts are not going to go away until I actually start to film interviews.” And I can tell you a little bit about the technical process of my film too. My parents are executive producers, so this film was a family affair. We had a tiny budget, which was basically just costs for travel. I had a video camera mostly for my work. I edited and directed and did all the elements in the film. I’m not saying that’s an ideal thing for the future because that’s an immense amount of work, but it really was something that I had to make, and I was determined to make it with completely limited resources.

Larsen: Probably in a very different way to Sound and Fury. I really admire how you found the Artinian family, and the story was right there. That’s incredible, and it’s also incredible that they let you into their world and you were able to witness this as it was going on.

Aronson: We’ll go back to that because it was not so simple. It took years for that to happen. I’d been filming for a year before I even met that family.

Larsen: Oh, wow, OK. With Neurotypical, I filmed about 30 interviews. It started as just an interview film. I admire Errol Morris films and such, and I edited 20-minute demos and the interviews were fascinating. I was excited because the folks I was interviewing really wanted to tell their stories. They had a lot to share and they were fascinating, they were fascinating stories that neurotypical audiences could relate to but also could be very powerful, a reaffirming of the culture of folks on the autism spectrum. But after watching all these interviews I was like, “It can’t just be an interview-based film. It’ll be the death of the film if you watch just an hour-and-a-half of interviews.” In talking it over with my parents and my wife, we collectively came up with this idea of following three different families with autism. They would be the glue that held the film together, and also help to hone in on which interviews would make sense to relate to each of those chapters. We found a family with a girl who was four years old with autism; she was the first chapter. Then the second chapter is this family with a 13 year old; he has Asperger’s, and he is coming to terms with his identity. And then the last chapter is the family of a woman who has Asperger’s and has a neurotypical child and husband, and she’s a real advocate for those with autism. These three distinct families helped to provide the glue for the rest of the interviews. It maybe it started off the same as your film; you said you were filming for a year before you found the family. I started off solely with interviews and realized I needed to have something to hold all those interviews together, and I then really lucked out and found these families that had enough interest in their lives that resonated on camera.

Aronson: Yeah, I had a very similar trajectory on Sound and Fury because my original concept was to film five people who represented different aspects of the deaf experience: an oral deaf person who was pro-cochlear implant, a deaf culture person who was wildly opposed to it, a deaf culture person who had been given a cochlear implant early and then taken it off, a woman who was a highly successful oral person who was a professor at Arizona State University, and I was going to weave their stories together in looking for the answers I was ultimately looking for. I gave a very balanced view of the perspectives, choices one had about which culture to live in, and along the way we decided we wanted to have a linear story, so we started looking. I had my associate producer look for a family who had a newborn deaf child and we were going to find this family and follow their education as they learned what the possibilities were: To give them sign language, to let them live in the deaf culture world, to give them cued speech – a style of communication – or to give them a cochlear implant and educate them to grow up in the hearing world. We would follow the education and follow their decision and weave that linear story through the other characters. Then along the way my associate producer came to me with the Artinian family which was this dynamic, amazing family that had the microcosm of the entire story, the entire conflict within that family, so it was clear. After we’d [already] shot for a year and a half, we threw out all the other characters ultimately, and that became Sound and Fury. So it sort of found its way. I’ve never quite had that experience again. With most of the films since then, we’ve started with a character and looked for a character, like you looked for those three characters after you did your interviews. That’s the structure I found that works, having three characters and you interweave the characters in telling the story with interviews with other experts. It’s a very sound structure, and with the right characters it can be very powerful, and the way we did Sound and Fury is the hard way, that’s for sure. Throwing away a year of interviews and a year of traveling is a painful reality.

Larsen: I can’t imagine. But at the same time, it probably was quite amazing to be in this new territory with this family. I think your senses almost get heightened when you realize this story that has the potential to make a film is happening right in front of you.