15 Guided Picks for the SXSW PanelPicker 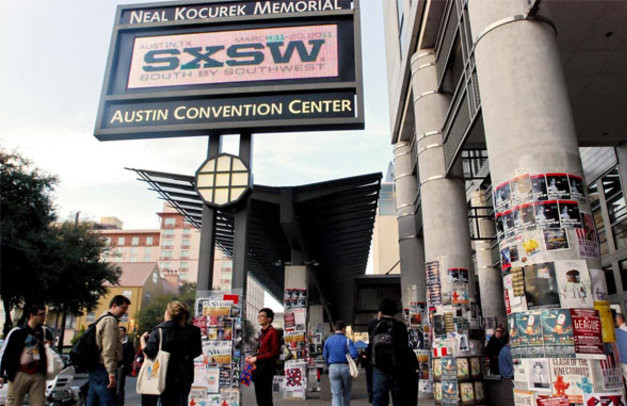 In a saturated festival landscape, SXSW has long distinguished itself through a grounding sense of community and accessibility. The ever-expanding conference put this notion to the test with the implementation of the SXSW PanelPicker, which calls upon the public to curate its panel programming. Originally launched for the Interactive Festival in 2007, before successfully spilling over to the Film and Music arms in 2011, the PanelPicker invites interested parties to upload presentation, conversation, and panel proposals for broad consideration. Weighing the public vote at 30%, alongside 30% for the festival staff and 40% for its advisory board, SXSW will invite the winning proposals to participate in its 2014 edition.

Of the 165 options listed on the Film PanelPicker, the overwhelming majority concern distribution and new media platforms. Below are 15 choice selections from the said ubiquitous topics, as well as a few counterpoints and wild cards. PanelPicker closes for votes on Friday, September 6th, so be sure to spend the next few days perusing and picking.

Show Me The Money: How to Get Your Film Funded

Financing in independent film can occasionally adopt the status of the elephant in the room. Grants and crowdsourcing notwithstanding, paths to investment are seldom dissected for the burgeoning filmmaker. This panel will explore the funding climate, what investors look for in financing a project, budgeting, and beyond.

Return of the Meritocracy

The age of new media has rendered the middleman between creator and audience increasingly obsolete. Innovators from the worlds of filmmaking, screenwriting, music and digital technology will investigate techniques for engaging audiences and proliferating content.

Out-of-the-box filmmakers and thinkers will dissect Hollywood’s recent bombs while proposing options to rebuild their creative foundations. While it may elicit lamentations for a time when Hollywood big wigs were riskier with projects, it should be an entertaining look at subverting the commercial.

DVD is NOT Dead: Meet the Indie Distributors

Distributors still make money off of tangible, concrete media? Who knew? The participating panelists, who all cop to conducting 70% of business through DVD sales, debunk widely held myths about the supposedly declining platform, and how to capitalize on its buyers.

A master class on how to work your way into grants givers’ good graces, led by representatives from some of the industry’s most preeminent foundations. The conversation will also touch upon which organizations are right for your project, as knowing one’s audience is key to getting noticed.

Didn’t Get Into SXSW?

An unjustly taboo topic that deserves as much attention as the industry is willing to give it. Sales agents and professionals will explore alternative bids for exposure and distribution, outside the festival circuit.

Film4 Presents: An Experiment In Distribution

Haggis and Bray will break down the unconventional distribution of Ben Wheatley’s A Field In England, which was released in cinemas, broadcast on Film4, and made available on DVD and Blu-Ray, all on the same day. Should make for an interesting probe into the thoroughly modern concept of multiplatform releases.

Again and again, we see panels on whether or not film critics matter. As — in this writer’s estimation — they decidedly do, what are the consequences of such a taste-making profession being largely comprised of white males? Five female critics will discuss solutions to the field’s diversity gap, and consider whether special interest outlets are indeed a good idea.

Using Upstream Color and Detropia as case study cornerstones, Beyer will moderate a discussion on the methods and means of self-distribution. Could prove invaluable for any filmmaker weighing the decision.

Austin Filmmakers on Working with Actors

Admittedly, my interest in this panel was piqued on account of its personnel, however, it also presents an opportunity to delve into the filmmakers’ methods surrounding casting, improvisation, and preparation.

VOD as the First Choice for Digital Distribution

Pitting two practitioners of the VOD platform against a media journalist and documentarian, this panel will break down the streaming market and make the case for why it should be the creator’s first choice for releasing content.

How has the digital marketplace evolved in the last five years? Richard Lorber will moderate what promises to be an essential history lesson with an ear tuned to the future.