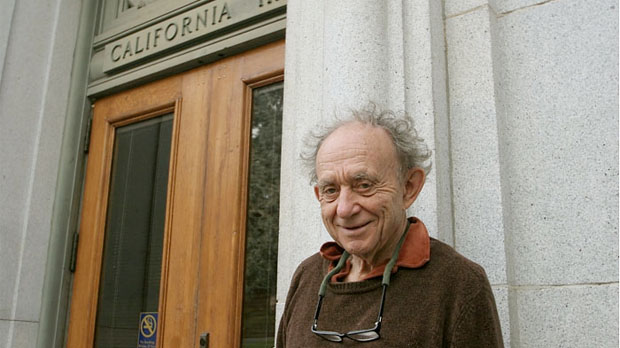 The great American documentary filmmaker Frederick Wiseman (Titicut Follies, La Danse) arrived at this year’s Venice Film Festival along with his latest work, At Berkeley. A monumental, 244-minute exploration of the famous California university, it emerges as a rigorous, deeply insightful institutional study, and a hymn to the power of open communication, particularly in the context of modern-day America. Following the film’s world premiere on September 2nd, Wiseman, looking spry at 83, took to the stage to address the audience. Filmmaker Magazine was on hand to capture the highlights.

“I made the movie because I have been making a series of movies about American institutions and I hadn’t yet made a movie about a university. They were happy for me to do so.”

“At the end of the shooting I had 250 hours of rushes and I thought that was more than enough to make a 15-minute film! It took me 14 months to edit the movie and I worked on it pretty consistently, although I interrupted it to shoot another movie at one point. I had no idea what the scenes or the point of view of the movie were going to be before I started. The first thing I do is look at all the rushes, and I make notes. I have a grading system that I’ve adopted. I give each of the sequences one, two or three stars, and after I have looked at all the sequences I put aside about 50% of the material.

Over the course of the next eight or nine months I edited all of the sequences that I thought I might use in the film, and once I had all the candidate sequences in close to the final form, I began to work on the structure. I got the first version of the film very quickly at that point because I knew the material well. I assembled the first preliminary structure in about three or four days, and then it took me about six or seven weeks to work on the rhythm within and between the sequences to arrive at the final structure.”

“There’s a lot of talk in the movie, and I had to try to find a way of punctuating the talk, so in a sense the movie is cut at right angles. I tried to always make the next sequence a surprise, and I always had to try to be concerned with not clustering too many all-talk sequences together. This is a movie which is the opposite of the movie that I did about the Paris Opera Ballet, La Danse. There, I could tell the story through movement and its reaction. But here the story relies much more on words, so I had to find a rhythm that allowed me to use sequences with a lot of words that at the same time allowed me to punctuate those sequences with music or sequences that were less dependent on words.”

On the literal and the abstract

On the university’s involvement and reactions

“I always set up a corporation for each film for purposes of avoiding liability. If I get sued on one film, it doesn’t affect the other films. So I just called it Berkeley Films. The university didn’t put any money into it, they don’t control it in any way. Nobody at the university saw it until it was completely finished. It’s been shown to the chancellor, the provost and the chancellor’s cabinet. They seemed to like the film. I was pleased about that. I’m going to Berkeley in December and there are going to be some campus-wide screenings.”

On UC Berkeley and its place in the higher education system

“I don’t know if Berkeley is a utopia, but the students and the administration have made a great effort to work together to solve their problems in a civil and courteous way. Berkeley is one of the great universities in the world, not just America. There’s a research group in China for example who, every few years, rates all the universities in the world and in the last survey they did, Harvard was first and Berkeley was second. Oxford and Cambridge were ninth and tenth. There were no French or Italian universities on the list.

It’s a public university but because of the financial crisis which is explained in the film, they are very dependent on sources of private funding. Now it is a great public university which is dependent on private money. Berkeley is really best expressed by its admissions policy. A recent survey suggested that no race is in the majority; whites are not in the majority in the student body and as you can see just from the pictures in the film it’s a true melting pot; it’s the future face of America. There are many different types of universities in America. There are small colleges, larger ones that have medical schools and master’s programmes, like Harvard and Princeton and Yale and Stanford, which are private universities supported by private money, and each state has a public university. Berkeley happens to have an excellent faculty and attracts good students, so it’s a very exciting place for most of the students and the faculty and people interested in doing research. I wish I’d gone there!”