“Cinema is Not Dead!” – Producer Jon Kilik at the IFP Conference 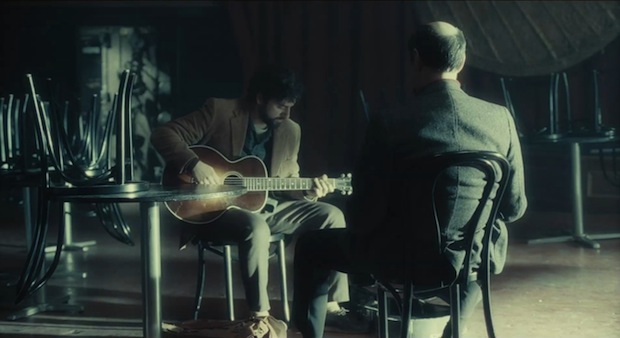 Still from "Inside Llewyn Davis"

by Katie Carman-Lehach
in Festivals & Events, Filmmaking
on Sep 16, 2013

There doesn’t seem to be any disagreement that it’s tough out there in the world of independent film. The country’s financial uncertainty coupled with an over-saturation of films in the marketplace with no real avenues for revenue have made establishing a career as a film director very difficult. Pair that with the unending stream of big-budget, low-revenue, Hollywood-produced tentpole pictures and one could say these are the Dark Days of filmmaking. And most of the speakers on the first day of the Filmmaker Conference did reiterate that. Well…all but one: independent film producer Jon Kilik.

Known for his early work with director Spike Lee, Kilik has gone on to produce over 40 features (most recently The Hunger Games), so, needless to say, he’s got a great deal of experience on the topic.

Kilik was quick to point out first and foremost that we’ve talked about the “end of cinema” before, with the advent of color film, sound recording, etc. And while we’ve all enjoyed pointing out the failings of your average Hollywood blockbuster, he reminded us we should instead celebrate the recent uptick of great independent film production, especially what’s being released in 2013: the Coen brothers’ Inside Llewyn Davis, Spike Jonze’s Her, Steve McQueen’s 12 Years a Slave, among others.

From my perspective as a female filmmaker, I still see a great deal of room for improvement considering of all ten or so names Kilik rattled off as “independent filmmakers successfully working today” included ZERO women. Funnily enough, though, the two questions from the audience he had time to answer were from female filmmakers who bemoaned the same problem and asked for his advice. I already take that as a good sign!

Kilik’s speech reiterated that while it’s difficult making movies (he quoted Godard’s Contempt in saying with film “One must suffer”) it’s not impossible, and that by staying true to our own unique voices and visions that we will transform the current state of cinema.

“Ignore the prophecies. Don’t retire. Build it and they will come.”