Women Film Pioneers Project: Ready for More Than a Close-Up 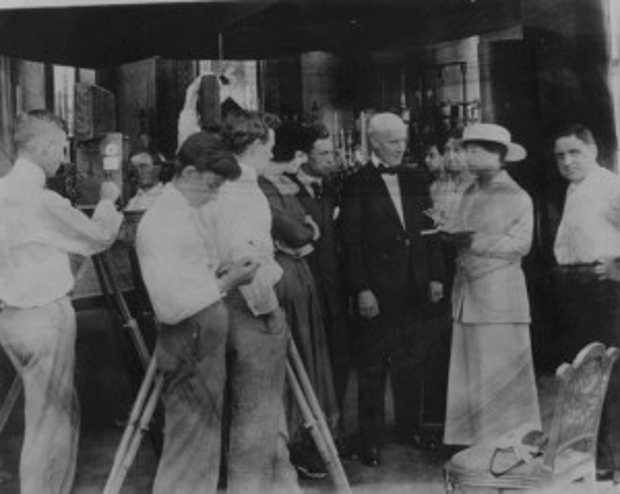 Before there was Be Natural: The Untold Story of Alice Guy-Blaché, an upcoming documentary about the first female filmmaker and her suspicious erasure from early film history, there was the Women Film Pioneers Project (WFPP).

The Columbia University Libraries recently launched this online anthology of essays about women in the early days of the film industry. The site houses overview essays to give context to the jobs women performed in early cinema — from editors to “cranks” to colorists — and several essays on the different roles they played in national cinemas, from the absence of women in the Canadian industry to the necessity of African-American women filmmakers in the US.

WFPP shares a similar spirit of defiance as the women it showcases: gutsy, resilient and, at times, fearlessly contrarian. The site has a main goal of making the point that women “were not just actresses,” but contributed to the industry and art of cinema in profound ways.

“We’re going to tell you what you didn’t know,” she promised.

The site — and idea behind it — seem monolithic, this thing that had grown bigger and bigger until no book could sufficiently hold its contents.

It made sense that the anthology moved to where all things that can’t be tamed eventually go: the Internet. And, all for the better. It’s interactive, searchable, accessible and free. (Full disclosure: I worked on the site this past summer as part of a group of Columbia grad students maintaining and updating WFPP before its launch.)

Kate Saccone and Katy Gray, two former Columbia fellows and project managers of WFPP, shared Gaines’ devotion to the site, putting in bottomless hours to get the site ready for launch.

The biggest challenge for them was also the greatest asset of the site: its ambitious scope and rabbit-hole-like tendency for each discovery to lead to more curiosity and then, more discoveries. Once clicking on a pioneer profile, you have access to relevant occupations, countries, images, bibliographies, filmographies and in case you’re in want of another fix, related pioneers.

“As a ‘big data’ project, one of the most challenging aspects is just keeping track of all of these wonderful women and making sure that we had up-to-date bibliographical and archival information, as well as images, streamed media, and DVD/VHS distribution information. Even as we were getting ready to launch, there were new film discoveries,” Saccone said.

Gray also felt that the size of the project, while necessary, was a hurdle in terms of organization: “The combination of the global scope of the project and the volume of the work to which so many scholars and students have contributed is, I think, both the greatest strength and the greatest challenge for the project. When I became project manager, the structure of the website was already in place; however, the problem of devising a system by which we thoughtfully and accurately represented this remarkable scholarship was always at the center of our conversations.”

“I’ve come to see the primary imperative of the project as giving ‘voices’ to the women who worked in silent film industries,” Gray added.

“Any favorite pioneers?” I prompted in an e-mail, with the shame of someone who just asked a mother for the name of her favorite child.

For Saccone, it’s “exhibitor Adelina Barrasa who owned the Cine Odeón, a 3,000-seat theatre in Mexico, and Elvira Notari — an Italian powerhouse known as ‘The General’— who did everything from owning a film company and directing to teaching acting and distributing.”

For Gray, “That’s not hard at all. Alla Nazimova.”

Check out the site for yourself and don’t be discouraged if you have trouble naming a favorite.