The Case Against 8 | Directors Benjamin Cotner and Ryan White 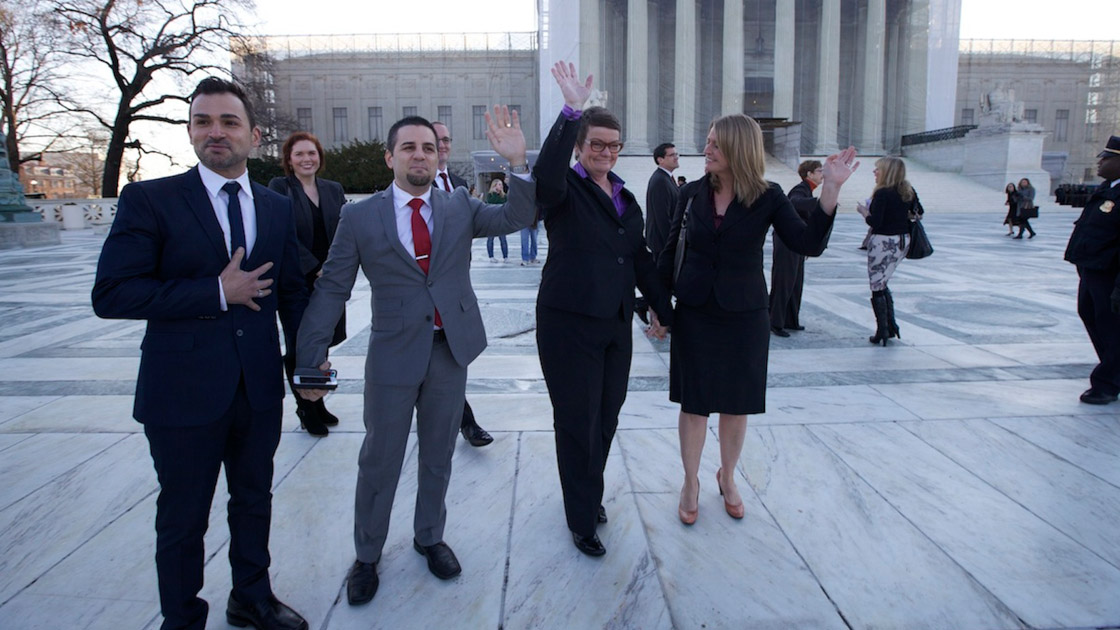 Keeping our audience’s attention was a frequent conversation in the editing room over the past year. Many documentaries have built-in suspense because the stories aren’t well known to the public yet, so you have the ability to surprise your audience with where the story goes. Our film, however, was about a subject matter that had been extensively covered in the press. Almost every American knows that gay marriage won in the U.S. Supreme Court in 2013, so how do you keep your audience’s attention when the ending is already well-known? We decided to try to do it through pulling back the curtain and showing the audience a side to a trial and Supreme Court battle that they would never normally get to see. Whether that’s intimately following the plaintiffs and their families for five years to show the effects a high-profile lawsuit can have on the people at the center of the storm, or gaining access to the legal strategies and confidential inner-workings that go into Supreme Court cases — we hope we can take our audience along for the journey and make them feel as if they were a part of the ride with our characters for the last five years.

And we tried to keep it funny! Moments of humor and levity go a long way in serious movies about heavy subject matter, so we tried to find lighter moments that could break up the tension.
[PREMIERE SCREENING: January 18 at Noon – Temple Theatre, Park City]