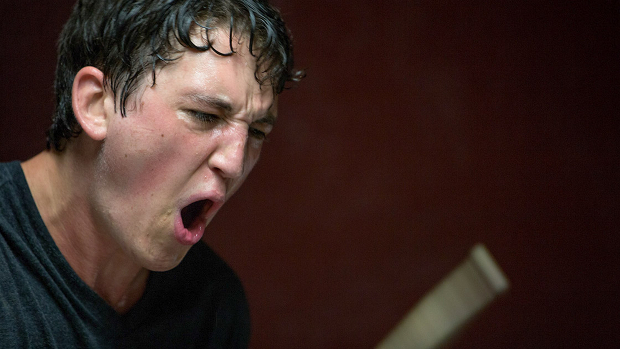 Damien Chazelle’s Whiplash soared to victory in the major awards categories in the U.S. Dramatic Competition at the 30th Sundance Film Festival Saturday night. The picture, which was picked up for distribution by Sony Pictures Classics during the festival, took home both the U.S. Dramatic Competition Grand Jury Prize and Audience Award. Starring Miles Teller and J.K. Simmons, Chazelle’s second feature tells the story of an ambitious young jazz drummer and his unrelenting instructor in a no-holds-barred conservatory environment. The 28-year-old Chazelle first gained attention in 2009 when his feature directorial debut Guy and Madeleine on a Park Bench surfaced at that year’s Tribeca Film Festival and was nominated for the Gotham Award for the Best Film Not Playing at a Theater Near You. His short film Whiplash, a precursor to tonight’s winner, won at last year’s Sundance Film Festival.

Meanwhile in the World Cinema competitions — in which nearly all the narrative winners seemed to have disappeared to their respective homelands to accept their awards via recorded video message with their young children in tow — Alejandro Fernández Almendras’ To Kill a Man took home the Grand Jury Prize in World Dramatic while Zeresenay Berhane Mehari’s Difret received the World Cinema Dramatic Audience Award.

The Best of NEXT Audience Award: Imperial Dreams, directed by Malik Vitthal

Directing Award, Documentary: The Case Against 8, directed by Ben Cotner and Ryan White

US Documentary Special Jury Award for Use of Animation: Watchers of the Sky